Udupi: The three main accused in Bhaskar Shetty murder case who were given judicial custody and two who were given criminal investigation department (CID) were produced in JMFC Court Udupi on Wednesday, 24th August, 2016.

The main accused Rajeshwari Shetty (48), the wife of Bhaskar Shetty and their son Navaneet Shetty (20) along with astrologer Niranjan Bhat Nandalike (26) were given judicial custody till 6th September, 2016.

Niranjan Bhat Nandalike’s father Srinivas Bhat (56) and his car driver Raghavendra (25) accused of destroying evidence were given CID custody up to 29th August, 2016.

The court also heard the application made by the police for permission to match DNA deceased Bhaskar Shetty by collecting DNA of his mother Gulabi Shetty and his brothers. Herewith, the court after hearing the case ordered to the DNA test. 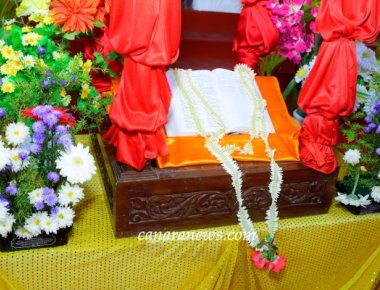