Mangaluru: Costal Digest team has lifted the Prestigious Mangalore Premier League Cricket Trophy by a narrow margin victory of 6 wickets against Mastro Titan team. In the final match of the tournament held under follodlightsat Dr B R Ambedkar Stadium in Panambur, Mangalore on Friday, the Mastro Titan won the toss and elected to bat first. 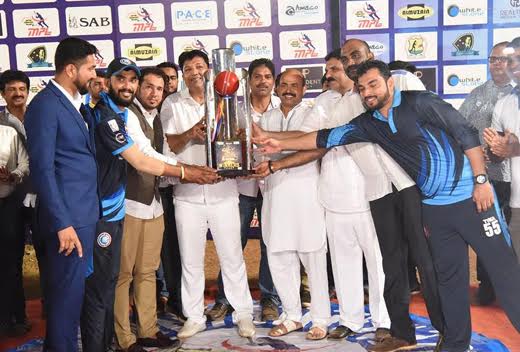 The runs flown slowly from the both teams. However the match was a high-quality match which had a few unexpected twists and it turned out to be a microcosmic glimpse of previous performances of the two finalists in general and the two skippers in particular.

Akshaya Ballal have received the Purple cap award for securing 16 wickets as a best bowler and orange cap as a best batsman for securing 455 runs. He also received Chervolet car as a prize for Man of the series award. Rithesh Bhatkal was adjudged as Man of the match of the final match. Adhoksh Hegde received the Saqco Kamal catch award as Best Fielder. The team Karavali Warier received the fair play award.