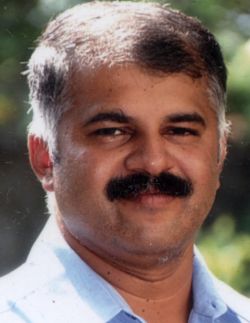 The awards comprising Rs 20,000 and a plaque, will be presented during the Academy’s annual programme either in Mysuru or Gadag by Chief Minister Siddaramaiah among other dignitaries.

Deccan Herald Mangaluru Bureau Head Dr Ronald Anil Fernandes has been selected for the prestigious award. After teaching Journalism at St Aloysius College for a year, he worked for Udaya TV as a Reporter in Chennai for six months before joining Deccan Herald in Bangalore in 1997. He was transferred to Mangalore when Deccan Herald started its Mangaluru edition in 2004. Since then, he is heading the Mangalore bureau which covers Dakshina Kannada, Udupi, Kodagu, Chikkamagaluru and Kasargod districts.

In the 20 years of his career in journalism, he has won two national awards – Sarojini Naidu national award in 2009 for best report on Women and Panchayat Raj and Fr Luis Carrenho Award in 2011 instituted by Indian Catholic Press Association, New Delhi. He is also the recipient of DK Rajyotsa Award.