'Ek Aslyar Ek Na’ to be screened again in London

London: Ferns Movies International’s blockbuster movie ‘Ek Aslyar Ek Na’ will be screened in UK once again on public demand. The second screening is taking place in Safari Cinema, Harrow, London on April 9 at 1:30 pm. EAEN already had a screening on November 26 in 2016 at the same venue. 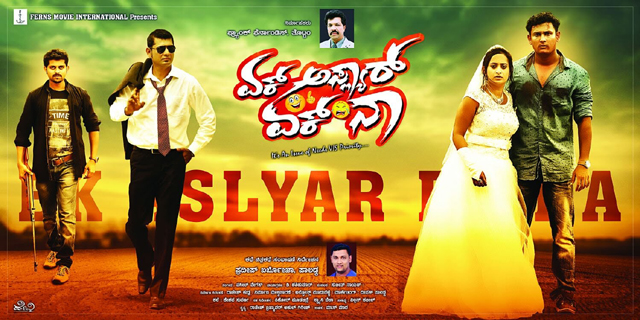 Frank Fernandes, a well known entrepreneur and philanthropist from Dubai, has planned to screen the movie in Goa, Mumbai, Pune, Mangaluru, Mysuru and Bengaluru in the month of April in addition to the London Show. Frank Fernandes is known for his love of mother tongue and culture.

“Every Konkani speaking person in the globe should get a chance to watch this movie and get connected to the nature and the picturesque scenes taken in around our homeland. The film takes the audience to their childhood days. The rich film has provided opportunity for budding actors and will motivate others to perform film roles.”

‘EAEN’ gained worldwide popularity soon after its release for its storyline and melodious super hit songs.

Viewers have said that the superb story keeps them glued to their chairs till the end. Even after shows in Dubai, Sharjah, Abu Dhabi, Kuwait, Qatar, Israel, India, UK, Canada, USA, Australia, the film is still going strong with demands to screen the movie again. Bahrain and Muscat shows also have been booked, said the producer.

Those who wish to screen this movie in their parishes or areas can contact below given contact numbers and reserve the dates. Dates are open from April 19 onwards on the first come first serve basis.