Mangaluru: MLC Capt Ganesh Karnik said that people required awareness on the consequences of Yettinahole project as lot of questions were raised among people from past couple of years on the issue. 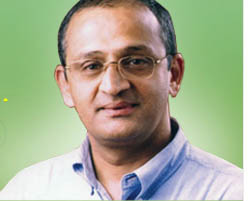 Addressing media at BJP office on December 8 Thursday he said, "Nethravathi Samrakshana Samyuktha Samithi have come up positively against Yettinahole project by holding Pancha Theertha,Saptha Kshetra Ratha Yatra on December 10th to 12th which will be led by MP Nalin Kumar Kateel. Every one are aware about the scarcity of water in the parts of Kolar and it is not the right decision to take up Yettinahole project to eradicate the problems in Kolar."

State government is trying to divert the minds of people by providing improper DPR which says Yettinahole Project will provide 24 TMC of water which is impossible in reality. So in order to create awareness among the public it is neccessary to hold Rathayatra which starts from Subramanya to Nelvadi, Kokkada and Dharmastala. On December 11 the Rathayatra will continue from Ujire via Belthangady via BC Road via Kannur via Hampankatta and reach Kadri Temple. On December 12th chariot will leave Kadri via Surathkal via Mulki via Kinnigoli and reach Kateel."

SESSION ON “CAREER OPTIONS AND PROSPECTS AFTER M.SC. CHEMISTRY”