Udupi: Sri Vishweshateertha Swamiji of Pejawar Math, said that he has advised his disciple, union water resources minister, Uma Bharti, to ensure that Karnataka does not face injustice in the issue of Cauvery river water dispute. 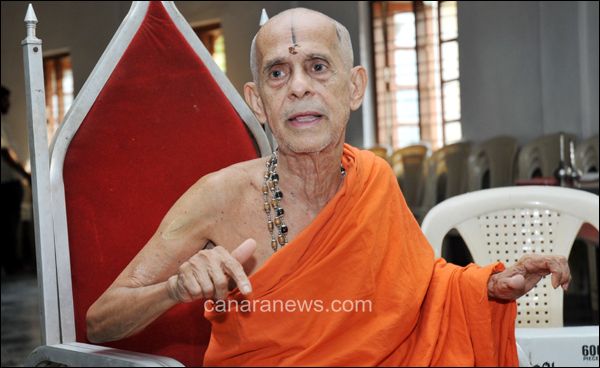 He called her up and drew her attention towards the rough treatment the state is getting in courts on this issue. I

He also clarified that he does not have anything against Tamil Nadu. "The agreement on which the dispute is based was entered into during the British era. That was an agreement during a period of bonded rule. Because courts are basing their decisions on this agreement, we are not getting justice. I have convinced Uma Bharti about this aspect," he stated.