Mangaluru: 'Pilibail Yamunakka' reached 100 days last week. The film directed by Sooraj Shetty, produced by Rohan Shetty and co-produced by Harish Rao and Sandesh Raj Bangera had hit the screens all over the coast on December 9 and has completed 100 days on Saturday, March 18. 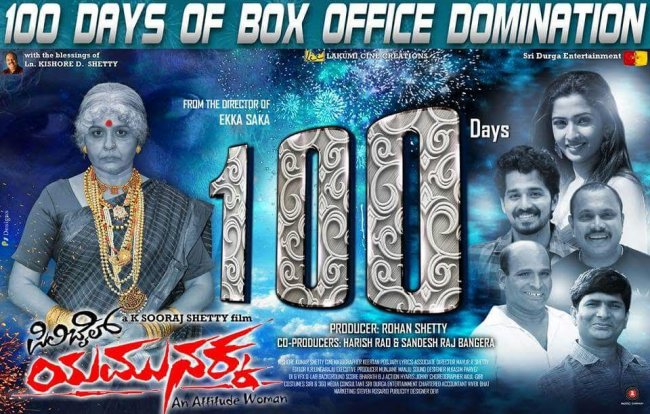 The film has been running four shows in Prabhath theater, Mangaluru.It had entertained the audience with unique songs and comedy from the comedy giants of Tulunadu.

The film that was released in 12 single theatres and four multiplexes is a big success and has brought back Coastalwood back to limelight. The film will be soon released in overseas.