SRS demands to withdraw cases against its leaders on St. Thomas School, Bondanthila

Udupi : Sri Rama Sena Udupi district unit demanded the government to withdraw all cases registered against its leaders with regard to with the incident of St. Thomas School Bondanthila, Mangaluru said Mohan Bhat, Udupi District President of Sri Rama Sena. 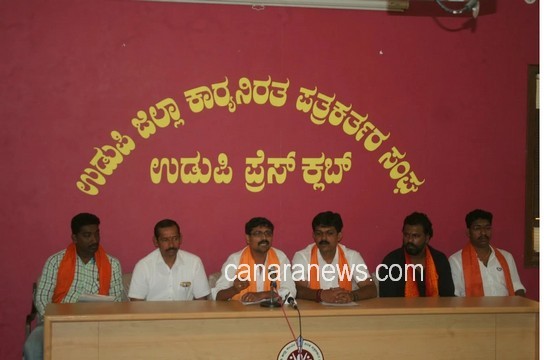 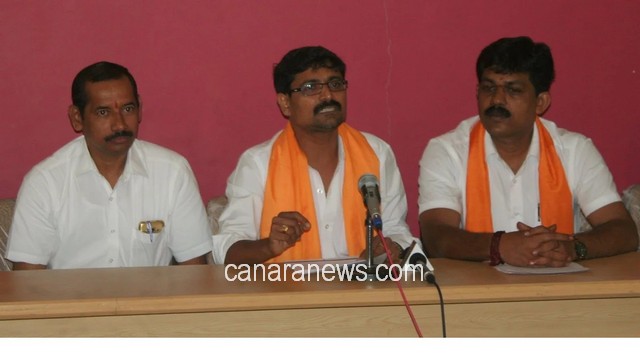 Speaking to the media persons at Udupi Press club during the press meet, Mohan Bhat said that as per the parent’s complaint to the Sri Rama Sena at Mangaluru by the parents of the students of the school, some of the leaders of SRS went to the school to request not to teach Arabic language in the schools for the students. But the school administration lodged complaint against the leaders who went to the school for request. SRS wanted the government to withdraw the cases lodged against their leaders. School management forcibly taught in the school Arabic and Urdu Languages. Being a aided school, the management did not take official permission from the education department.

Bhat said that in order to put pressure on SRS leaders without any reason, the government arrested the SRS leaders. We have the right to protest in case of any illegal activities. He demanded to withdraw all the cases registered against their leaders in connection with St.Thomas School, Bondanthila, Mangaluru.

The SRS condemned the incidence at Navalgunda, Dharwad district against the lathi charge on innocent farmers. Bhat demanded the release of arrested farmers including women, children and old age people otherwise strong protest will be planned all over state.