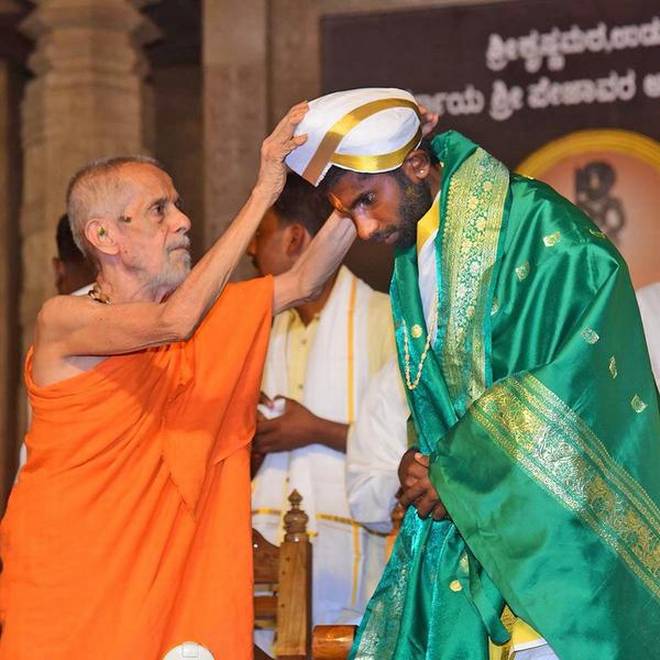 Speaking on the occasion at Rajangana here, the seer said that he had long-standing relation with Savita Samaj, which would continue in the future also.

Later, speaking to presspersons, Vishwesha Tirtha Swami said that the people of Savita Samaj had approached him and urged him to give “deekshe” as “Dharmadhikari” to Shreedharananda. If Shreedharananda later wished, he would give him “sanyasa deekshe” also, he said.

Shreedharananda’s earlier name was Sridhar. When he came into contact with Shradananda Swami of Bagalkot, he was called Shreedharananda Swami. He had received formal and spiritual education at Siddaganga Mutt and Adichunchangiri Mutt.

Shreedharananda’s father H. Anjaneya and mother Padmavati were present on the occasion.