Udupi: A statue of St. Anthony was found vandalised and a statue of St. Lawrence was found displaced, at the portico of Our Lady of Health Church at Shirva village, about 20 km from Udupi, on Sunday. 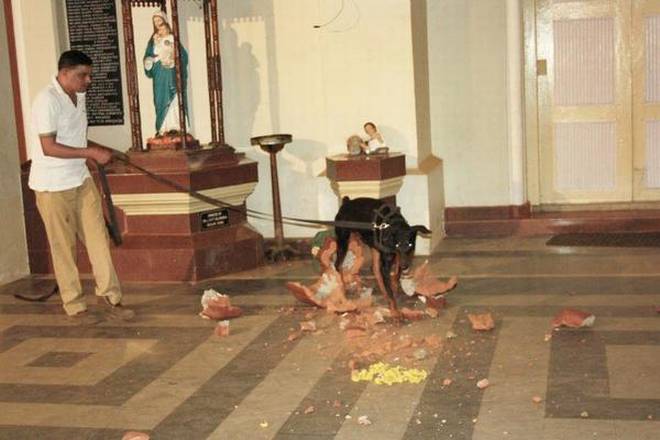 The statute of St. Lawrence was located close to the steps at the church portico. Both the statues are about two ft tall.

According to the police, the incident took place between 1 p.m. and 3 p.m. As there was Sunday mass, devotees were there in the church till around 12.30 p.m. Fr. Stany Tauro, parish priest told The Hindu that some parishoners saw the vandalised statue and informed him around 3.45 p.m.

There are two closed-circuit television cameras on the church premises, but both were not working.

The police rushed into service a team of fingerprint experts and a dog squad. They are also examining CCTV footage of the educational institutions around the church.

Fr. Tauro said, “I do not suspect any communal element in the incident. The relations between all communities are peaceful in Shirva. We do not know the intention of miscreants. There has been no previous incident of vandalisation in the church here.”

A case had been registered at the Shirva police station and investigation is on.

The Udupi Pradesh Catholic Sabha has condemned the vandalisation of the statue of St. Anthony and displacement of a statue of St. Lawrence.

“The miscreants behind the act should be arrested,” said Valerian Fernandes, president of the sabha, in a press release issued here.