The feast of Mother Mary, Our Lady of angels of Portiuncula celebrated at St. Anne’s Friary

As St. Francis of Assisi was pondering over his holy vocation he heard the voice from the Damiano Cross, “Francis go and rebuild my Church”. He started repairing the churches: the first one was St. Damiano Chapel, second one was St. Peter’s Church and the third one was Portiuncula, Mary the Our Lady of Angels.

Portiuncula means “little portion”. It was in Portiuncula St. Francis begain his first Order in 1209 and second Order of Poor Clares in 1212. This Chaple is now enclosed in a Basilica in Assisi which is 5 K.m. far from the main Basilica of St. Francis of Assisi. This is the mother house of all Franciscans. St. Francis used to say to his brothers according to the biographer of St. Francis, St. Thomas of Solano, “If you are driven from one door in this chapel enter by another door”. He begged his brothers never to leave this place. This place is known for “Portiuncula indulgence” or in Italian it is called as “Perdono d’Assisi”. Whoever confesses his or her sins, attend the Holy Eucharist and receive communion, recite the creed and say one Our Father, one Hail Mary and pray for the intentions of Holy Father, one will get plenary indulgence. St. Anne’s friary celebrated this feast with more than 50 priests, nearly one hundred religious women and hundreds of lay faithful. Rev. Monsignor Maxim Noronha the Vicar General of Mangalore diocese was principal celebrant who preached in his homily about the importance of Portiuncula indulgence and the need to be people of faith as Mother Mary and St. Francis of Assisi. Rev. Fr. Rocky D’Cunha, the superior welcomed the gathering before the Holy Eucharist and thanked the gathering at the end of Holy Eucharist. The Vicar General and the newly appointed Episcopal Vicar for religious, Very Rev. Fr.Daniel Viegas, OP were felicitated. The angelic choir led by Mr Joe halped the people to pray and participate in the Holy Eucharist in a meaningful and devout way. 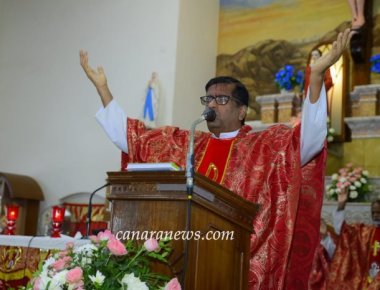 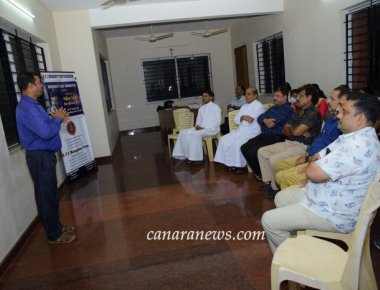 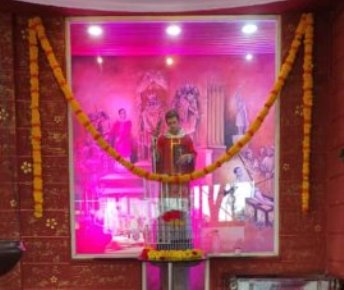