Mangaluru,: National Highways Authority of India (NHAI) is in the alacrity of starting toll collection at three places en route - Talapady, Hejamady and Sasthan. With toll rate boards coming up at toll plazas, NHAI has hinted that it will levy toll along the four-laned section of the NH that connects Kerala to Goa via Karnataka. 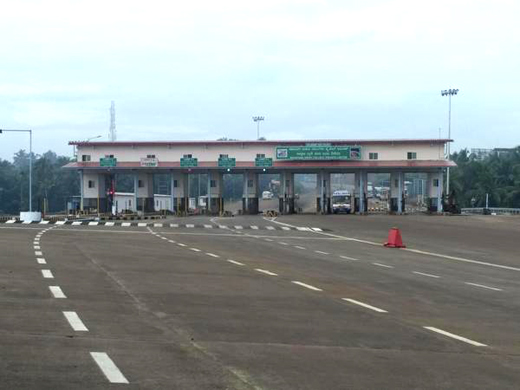 NHAI head office has given the green signal to NHAI project director’s office here to start toll collection. Samson Vijay Kumar, project director, NHAI (Mangaluru) said toll collection will start by end of this month. "We will publish the toll rates in about two weeks for public information after which collection will start," he said. The project involves four-laning of NH 66 between Talapady in DK to Kundapur in Udupi, a distance of about 90 km.

The project has two sections. While a 17.8 km stretch of NH 66 between Nanthoor junction and NITK at Surathkal has been converted into a four lane stretch under the Port Connectivity Project, the 73-km stretch between Surathkal to Kundapur has been upgraded into four-lane facility by Navayuga Toll Road Company. NHAI incidentally is collecting toll for the Nanthoor junction-Surathkal stretch although key work at Nanthoor junction is yet to be taken up.

The work on Surathkal-Kundapur stretch started in September 2010 and was initially scheduled to be completed in March 2013. NHAI authorities, unable to meet several interim deadlines, are now confident that the work will be completed in June 2017.