Mangaluru: A procession from Sri Venkatramana temple will be heldat 4 pm tomorrow in the steps of Vinayak Baliga's first death anniversary. It will terminate at the spot where he was murdered most brutally on the 21st of March,2106 by hired killers engaged by the vested interests who wanted to silence him 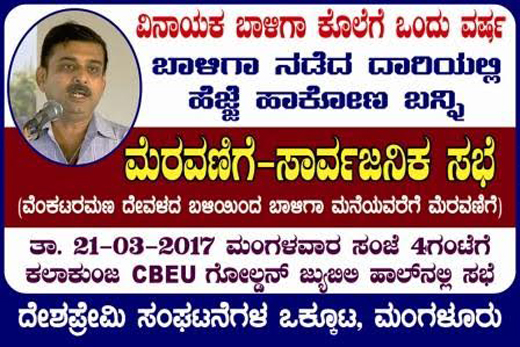 All the accused are out on bail and the investigations have come to a dead halt after the accused no 1 Naresh Shenoy was arrested in last June. The procession will be followed by a public meeting at CBEU hall after paying tribute to him at the spot where he was killed.