Udal all set to release in April

Mangaluru: Tulu film Udal is all set to release in the month of April. The film which has been made under Ganesh Rajarajeshwari Productions is all set for a grand release. 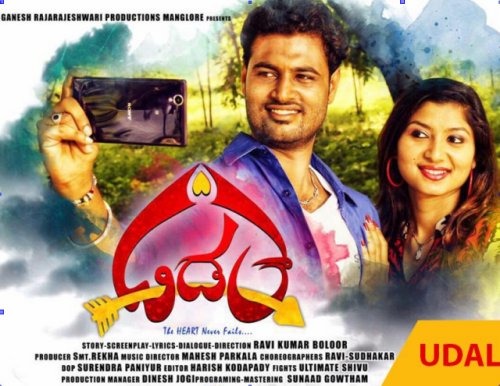 The film is directed by Ravikumar Boloor. He has also written the story, screenplay, dialogues and lyrics for Udal. Brijesh Manipal and Padmashree play the lead in Udal. Ravi Poojary Mulki plays the lead villain in the film. The movie has been shot in Mangaluru, Udupi, Manipal, Bengre and others places.

The movie tells about a college love story and the involvement of a politician's son in it. How the hero saves heroine from the hands of the villain who is indulged in trafficking of girls forms the crux of the film.