Woman commits suicide due to depression after her son's death

Puttur: A woman committed suicide at Bollavu in Periyadka in Uppinangady village on Thursday December 15 .Her son's unexpected death at a young age turned too much for her to handle. 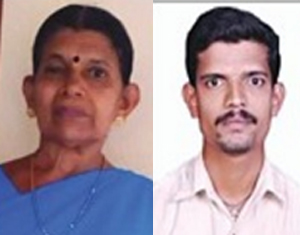 Ramachandra alias Ramesh (38), son of the late Thimmappa Gowda from Bollavu had tried to end his life by consuming poison on Wednesday. After finding him lying in critical condition in a shed near the family home, he was rushed to a private hospital at Puttur. The same night he passed away and efforts of the doctors to save him turned futile.

Ramachandra's mother, Sesamma, was with her son during the treatment. After the son's death, she visited Uppinangady police station at about 11.30 pm the same night and reportedly gave a statement that her son ended his life, having been fed up with daily quarrels with his wife on occupation-related issues. She went home thereafter and slept. Her daughter-in-law found at about 7.30 am on Thursday that Sesamma had consumed poison and her condition was very serious. With the help of neighbours, Sesamma was taken to a hospital at Puttur, but she died before reaching there.