Dipannita said in a statement to IANS: "It's quite appalling that such a statement has been made by a respected leader of our country. Every Indian woman is beautiful and anyone who has won the title of Miss World or Miss Universe from India has represented our country in the truest sense." 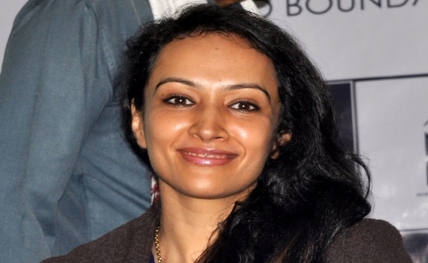 "Each one of them deserved the title which is why they won it in the first place," added the "Ladies vs Ricky Bahl", who had participated in the Miss India contest in 1998.

Deb commented earlier this week that international beauty contests were a farce as the results were all predetermined. He also said he failed to understand the "process of judgement" of the crowning of the Miss World contest in 1997, in which Diana was crowned.

"We see women as goddess Laxmi, Saraswati. Aishwarya Rai represents the Indian women. She became the Miss World and that's all right. But I do not understand the beauty of Diana Hayden," Deb said.

His statement was condemned by Diana, who said she was proud of her brown skin colour.