Mumbai, (IANS): Actress Riya Sen, who will feature in ALTBalaji's "Ragini MMS Returns", says she had reservations shooting for the intimate scenes for the upcoming web series. 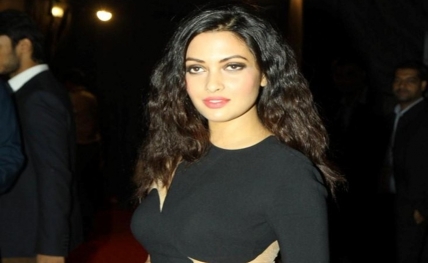 "I had reservations shooting for the intimate scene. I discussed my discomfort with Suyash (director Suyash Vadhavkar) and finally convinced him to tone down the scene," Riya said in a statement.
Essaying a pivotal role as Simran in the horror and sex genre, Riya read the script and knew that the series would feature an intimate scene between her and her co-star Nishant Malkani.

However, while shooting the scene, the actress felt uncomfortable. Fearing that she would have to breach her comfort zone, Riya approached the director of the web series and conveyed her concern.

The director toned down the intimate scene considerably, the statement read.

A racy poster of the web series was launched on Monday. It features lead actors Karishma Sharma and Siddharth Gupta standing really close and posing topless in a classroom.