New York,(IANS) Teenagers with similar levels of mental health issues such as anxiety and depression are more likely to remain friends, but dissimilarites can create incidence instability, a new study has found.

"An important takeaway from our study is that children's personal struggles need not adversely impact their social relationships," said Brett Laursen, Professor at the Florida Atlantic University (FAU).

"Mental health issues do not necessarily ruin chances of making and maintaining worthwhile friendships," he added.

Youth who resembled one another were more likely to remain friends from one year to the next.

"Behavioural similarity is tremendously important to a friendship. Shared feelings and shared experiences are the glue that holds a friendship together," Laursen said.

For the study, published in the Journal of Research on Adolescence, the team included 397 adolescents (194 boys, 203 girls) in 499 same-sex friendships, who were followed from grade seven (median age 13), through to the end of high school in grade 12.

They examined the degree to which internalising symptoms -- anxiety, depression, social withdrawal and submissiveness -- predicted the dissolution of teenage friendships.

In most respects, boys and girls did not differ in the factors that predicted friendship instability.

"Compared with girls, boys are more competitive and confrontational in interactions with friends, suggesting that dissimilarity on submissiveness may be a liability when it comes to the activities that many boys prefer such as sports and games," Laursen said.

"Compared to boys, girls tend to favour extended dyadic exchanges, and so they may respond to submissive behaviour with support and empathy, which may strengthen friendship ties," he noted. 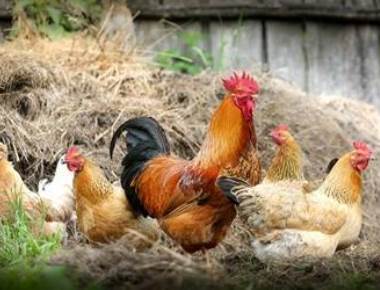 Even low levels of antibiotics in chicken can cause bacterial resistance