Yahya Abbas MICCO Logistics Abu Dhabi Ports inaugurated the event, he said time a player of promise emerges on the horizon, we might temper our excitement at his talent and potential with that pertinent question of Napoleon's: "Yes, but is he lucky?" 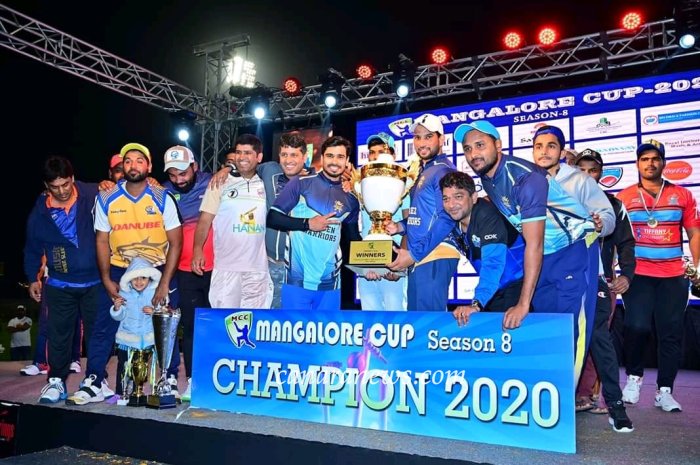 This touranament will enthral the true cricket aficionado. Its also big platform to exhibit talent at international cricket pitch he added.

Walter Almeda Managing Director Regal Furnishing & Storage System congratulated all the participated teams. He said ‘’ winning or losing part of game and he appreciated MCC efforts to bring all the community & sports lovers under one platform’’

MCC President Latheef K. H Kakkinje honored the guests and sponsors with memento. Sahil Zaheer – RJ 98.3 FM flew all the way from india as a Master of the ceremony, he had succeeded in maintaining the energy of the crowd till the last moment.

As many teams from places across the United Arab Emirates participated in the event. All the participating teams played to their best attempt keeping the scores and sprits very high. ‘Steps& Strings’ Music, Dance, Arts and Events institute children performed dazzling cultural dance. 'ABCD' & 'Dance India Dance' Fame Salman Yusuff Khan was the celebrity judge of the day. Throw ball trounament addition in this season attracted more flocks. Cricket match and kids dance went hand in hand with the huge applause from the crowd.

Eleven Warriors Rising strikers once again emerge as victorious and crowned as champion of champions at highly prestigious manglore cup at zayed cricket Stadium in Abu Dhabi by defeating Reliable cricket club by 7 wickets ,to make it 2 out of 3 . Reliable Riders team made 43 for 5 in 4overs , Eleven Warriors achieved the target in 3.2 overs, final was watched by huge number of spectators who were present on Stadium.

Free Health checkup at the stadium for the spectators and teams.

MCC President Latheef KH Royal Emirates extended heartfelt thanks to all the sponsor’s participated teams and crowd making this sixth season a great success. He also expressed sincere gratitude to Abu Dhabi Cricket (ADC) for its great patronage for allocating international cricket stadium ground for this event. ‘’Upcoming MCC tournaments details will be posted in www.mccabudhabi.com’ he added.

Mangalorean cricket clubs successive eighth season was full of actions and excitement. Eminent social workers and NRI Business conglomerates were present during the presentation ceremony. Prize distribution and winding up ceremony was blissful with many delegates. MCC Board members and executives were present on the occasion. Sahil Zaheer – RJ 98.3 FM compered the programme.
Following esteemed companies joined hands with MCC to make the event great success.