Abu Dhabi: Mangalore cup 2017 (Season-5) over arm cricket tournament will be held under the auspices of the MCC (Mangalorean Cricket Club) at Sheikh Zayed International Cricket stadium, on Feb 24th.

Only Indian Nationality player allowed to play in the tournament. Match will be for 6 Overs per match, hard Tennis MRI ball will be utilized.

MCC President Lathif KH informed the media that, “This is our fifth consecutive year of MCC tournaments. Its getting bigger and better by years, This time we are hosting the event at International cricket pitch. We have received immense support from cricket lovers and Kannadigas of United Arab Emirates for the last 4 seasons, we are expecting more teams and around 5000 crowd in this year.

Many delegates will be participating in the opening and prize distribution ceremony. A book on ” MCC Milestones” will be released at the event. Entertainment and Lucky draw prizes will be given to spectators.

Cash prize and Trophy will be given in following categories: Man of the series, best batsman, Best bowler, Best Keeper, Best fielder, Best all-rounder, and Best catcher. Man of the match in the final. Man of match in every league 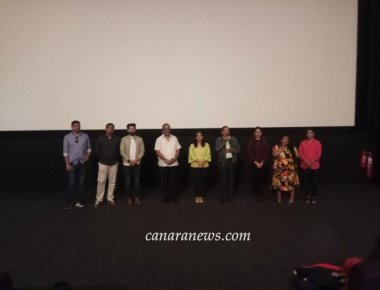