Mumbai, Feb.17: The Kannadigas those who work in Mumbai have contributed a lot to the overall growth of this city. They have given exclusive contributions to the political, financial, educational, religious and social sectors of this state. They have established their culture, language in this neighboring land are leading a harmonious life with the natives of this state. Many Kannadiga political leaders have worked as representatives, central ministers, MPs and MLAs of Maharashtra State and have brought fame to their native state. Also some have become deputy mayor to the renowned Corporation of Greater Mumbai (MCGM-BMC), a municipal commission which has a highest budget in the world.

Again this time there is BMC-2017 election has been scheduled and Tulu-Kannadigas are contesting in the election for the councilor position. But Bharatiya Janata Party is neglecting the Tulu Kannadiga contestants. The contestants have become upset. BJP has not allowed a single Tulu Kannadiga contestant to compete from any ward. BJP has not given a chance to a resident of Vakola, Santacruz who was an active member of BJP since many years. L.V. Amin condemned the BJP party in the annual function of Kannada Sangha, Santacruz for betraying the Kannadigas.

Rohit M Suvarna, former councilor of Bhayander Municipal Corporation said –Bharatiya Janata Party has not given seats for Kannadigas in the BMC election. From the last 25-30 years BJP used to offer seats to Kannadigas, but this time they have neglected our contestants. Tulu Kannadiga leaders have written letters to the BJP leaders many times for allotting seats to Kannadigas. But, they have not shown any response. Many Tulu Kannadiga leaders have become upset for the rude behavior of BJP. However, Shivsena Party has shown their support to Kannadigas by offering seats to Tulu-Kannadigas. 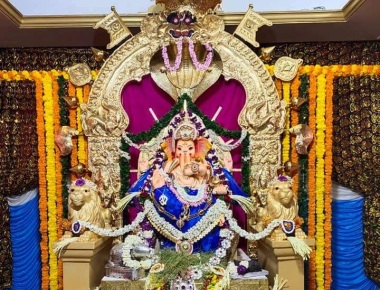