Children from KKKWA adopted schools put up a Grand Spectacle

The Kuwait Kannada Koota Welfare Association (KKKWA) had organized an education cum excursion tour for around 250 children from 9 Government Kannada Medium schools it has adopted from the rural area around Challakere, Chitrdurga District to see “Namma Bengaluru”. The tour concluded on a grand note with the Science exhibition and a spectacular cultural event held at Ravindra Kalakshetra on Sunday, the 10th of July. The science exhibition inaugurated by entrepreneur Mr Shashidhar Shetty, MD of Shashi Catering Services, a well known brand in the catering industry. Mr. Shetty appreciated the various scientific models put up by the kids and had an inspiring exchange with them. This was followed by an extravagance of cultural programs presented by the children from these schools depicting the richness and the diversity of Kannada Culture. 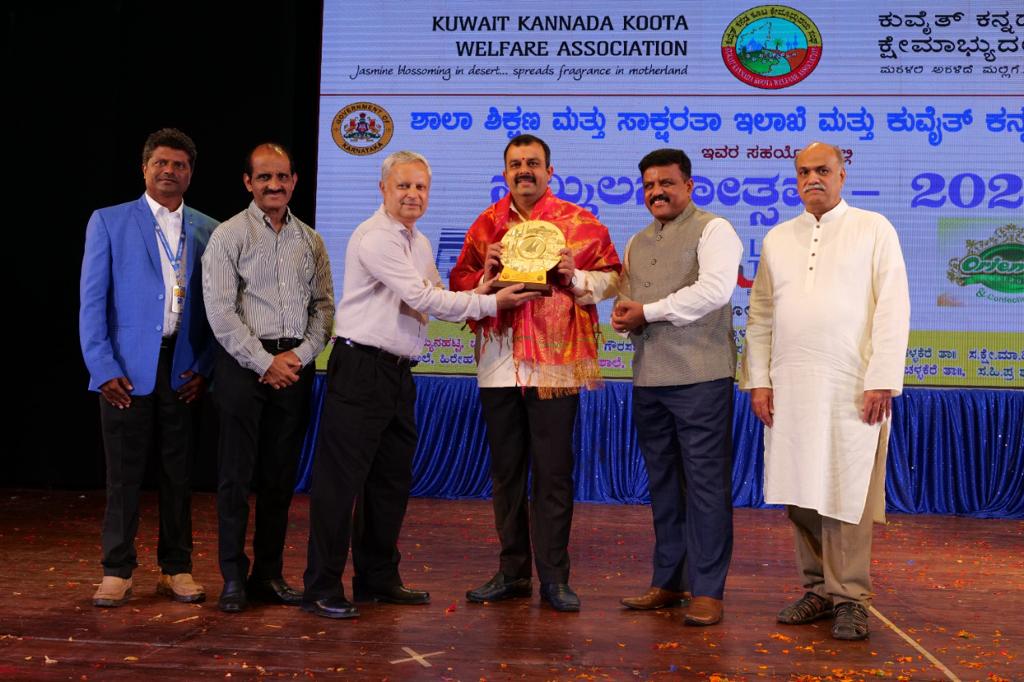 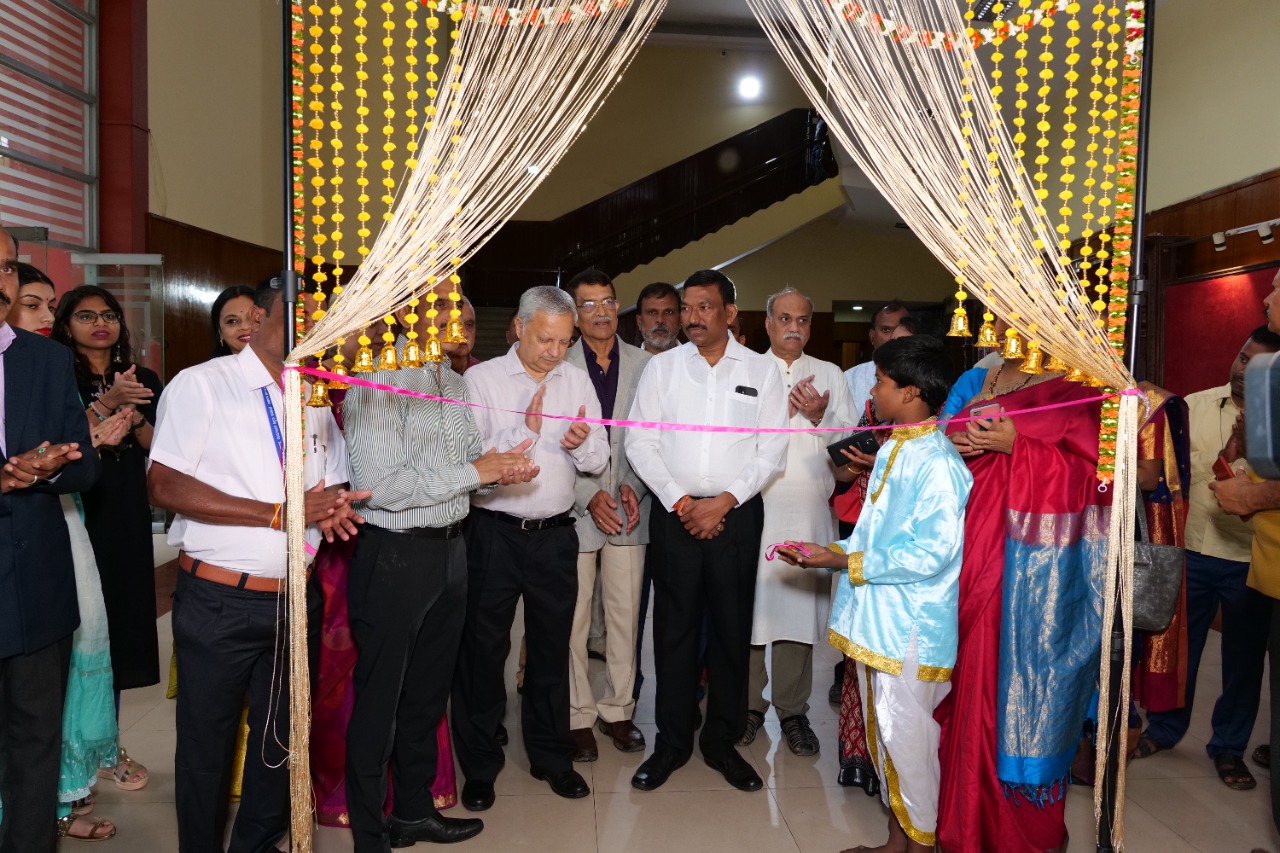 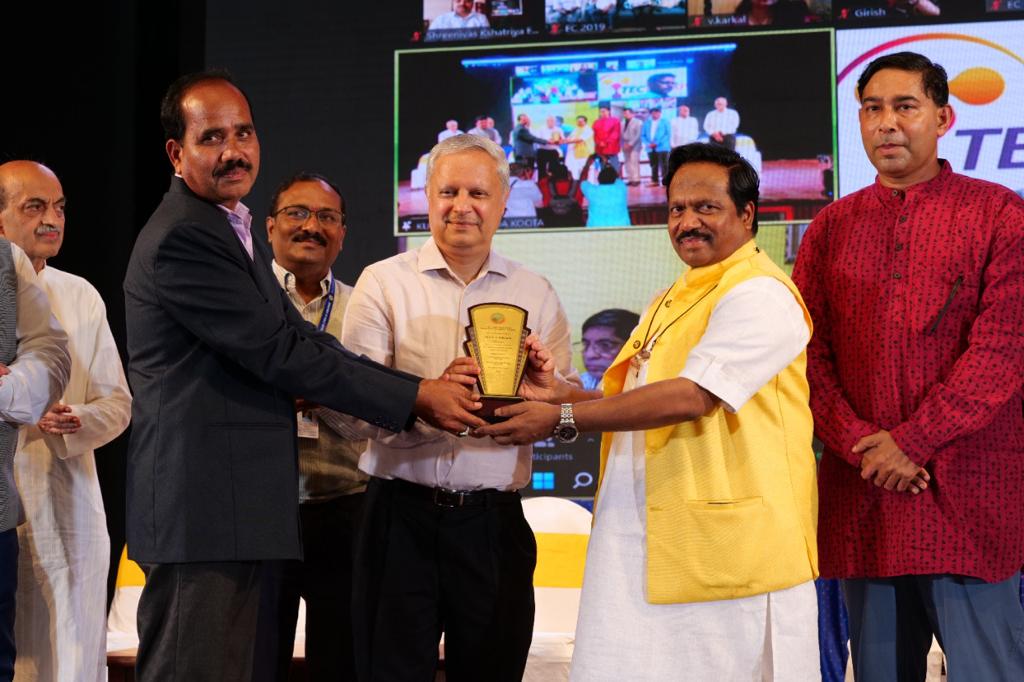 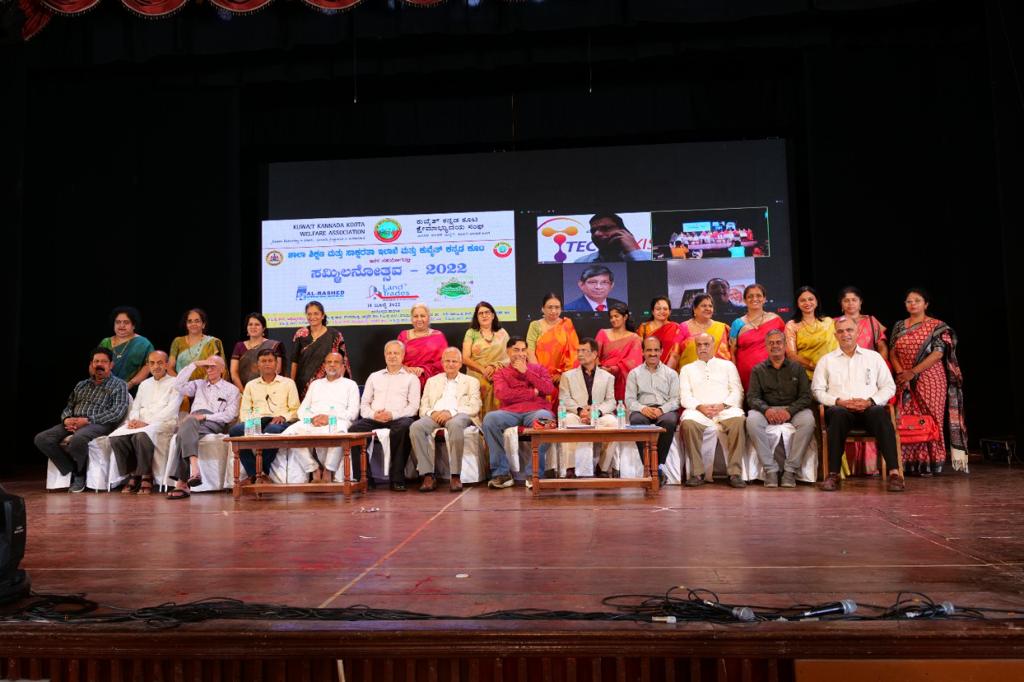 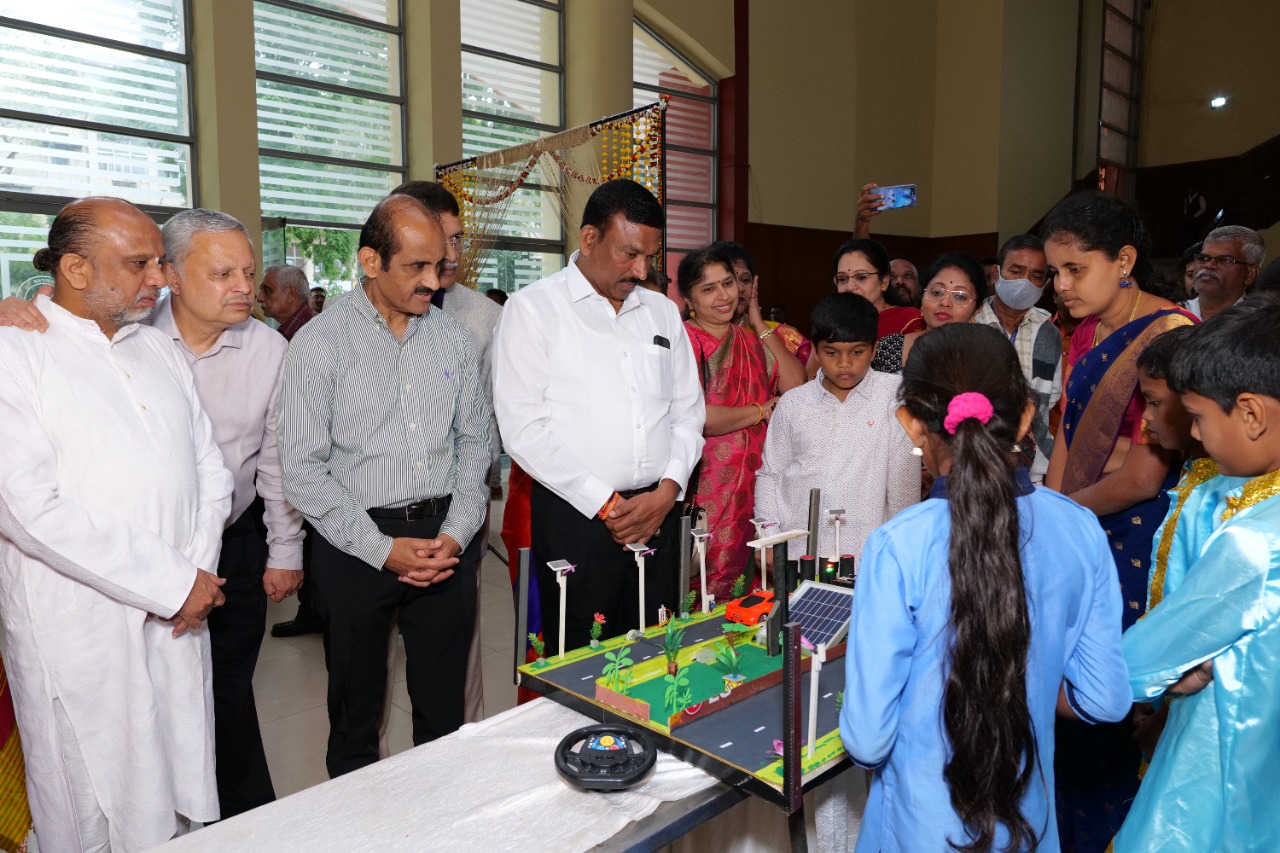 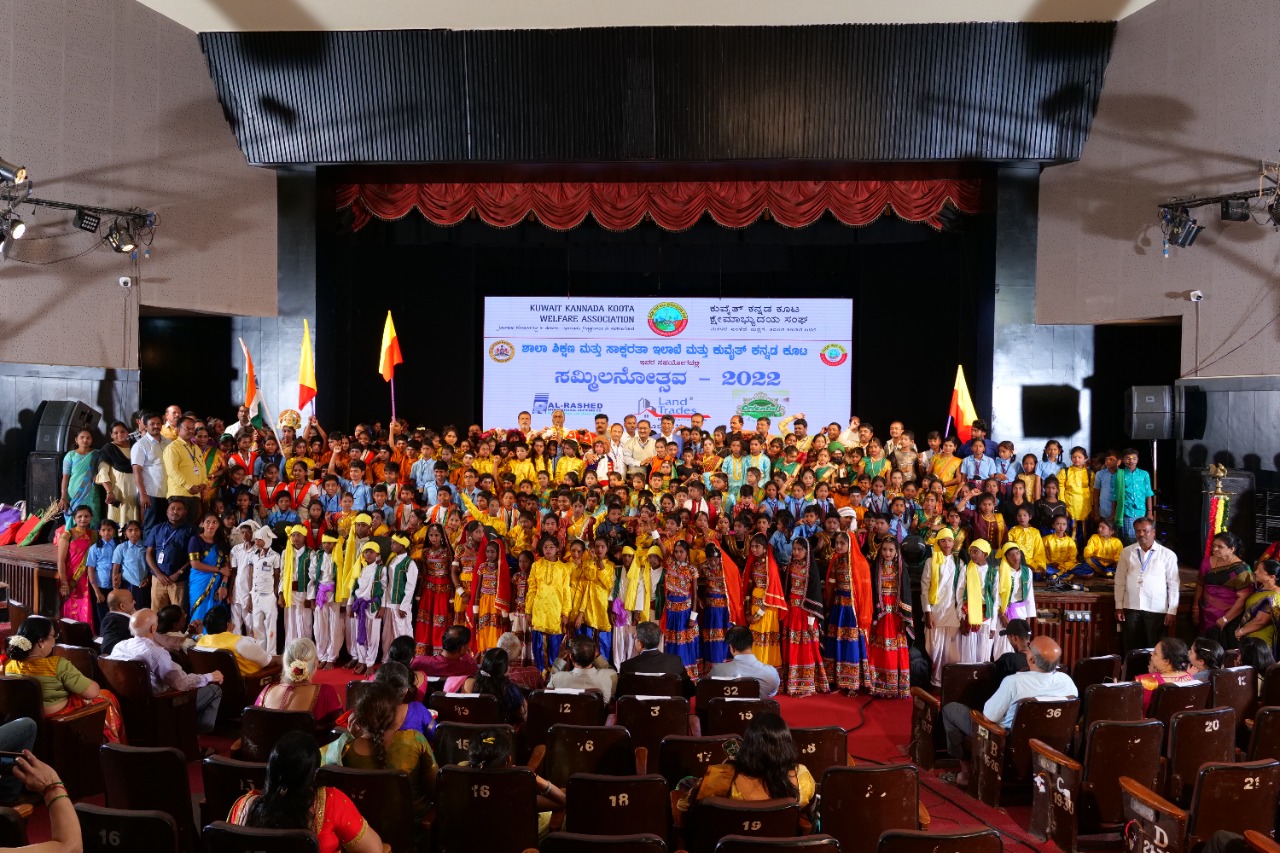 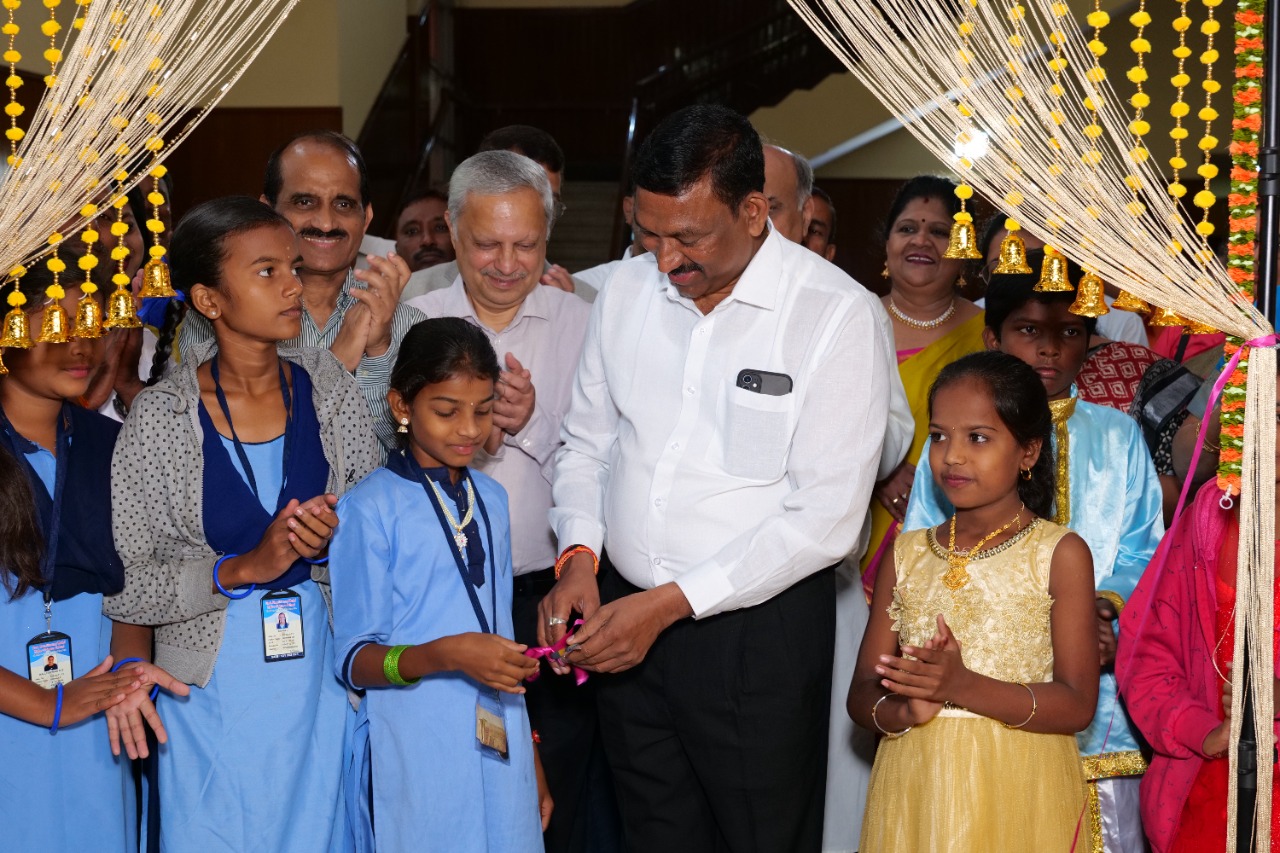 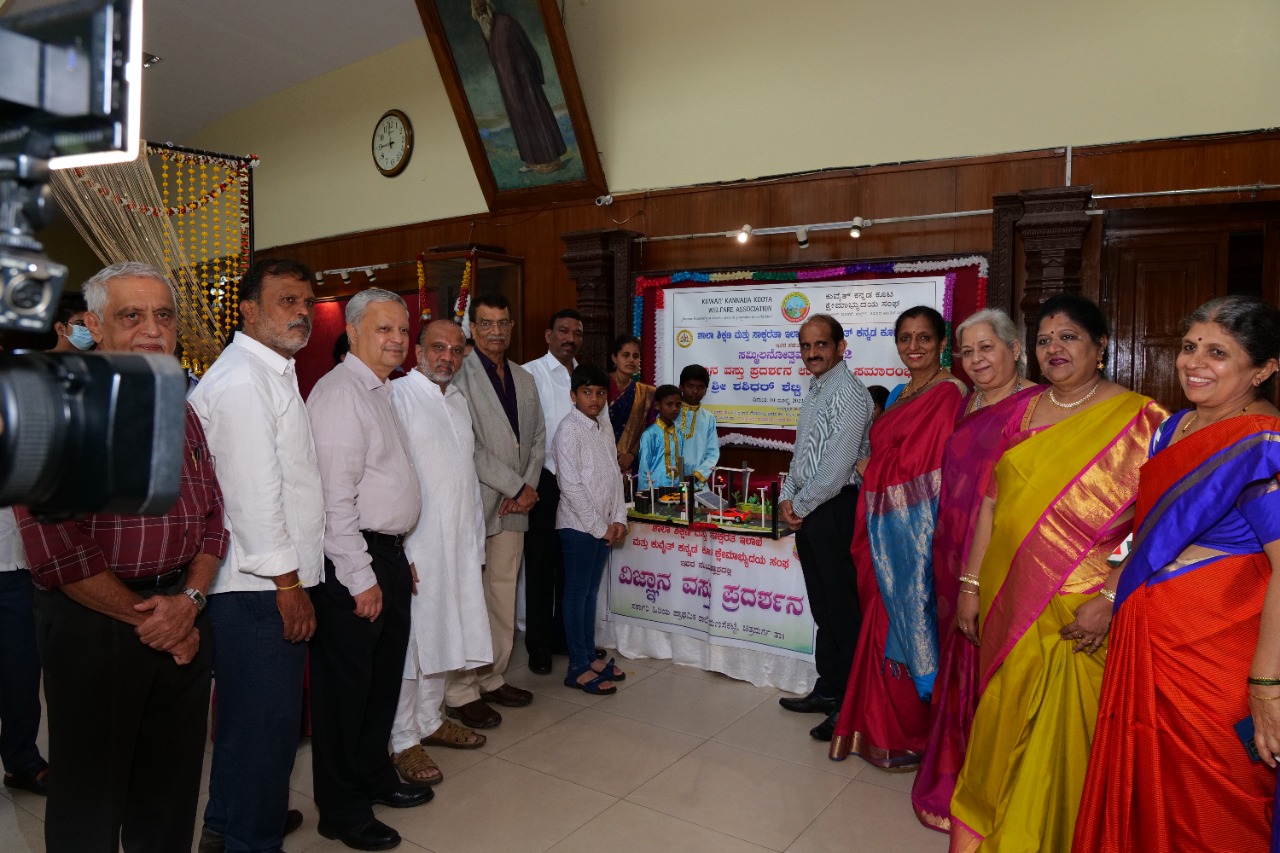 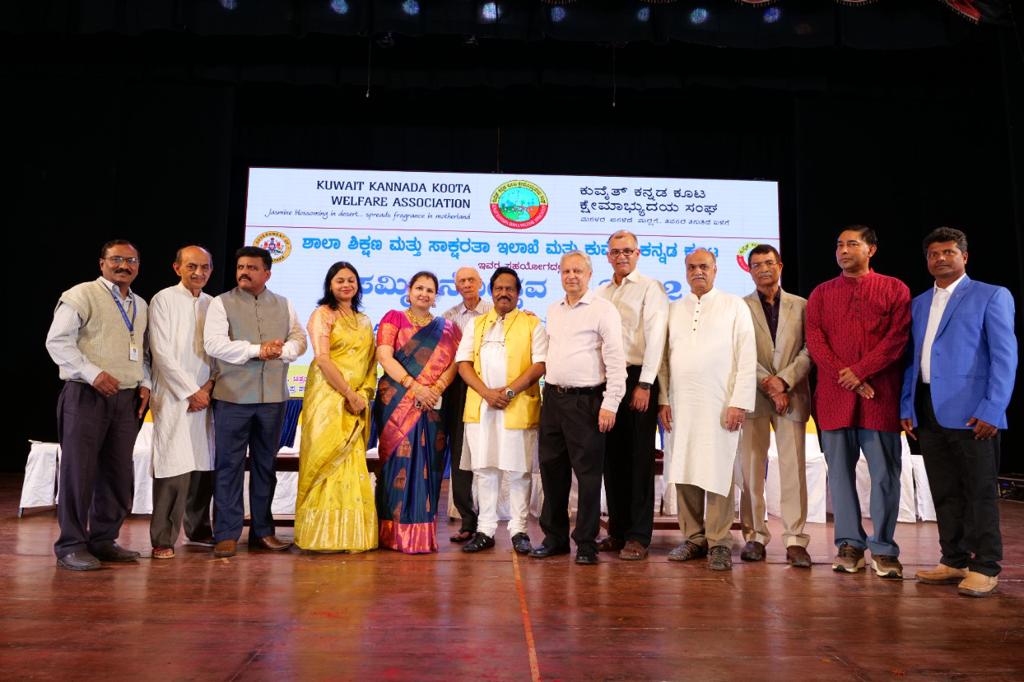 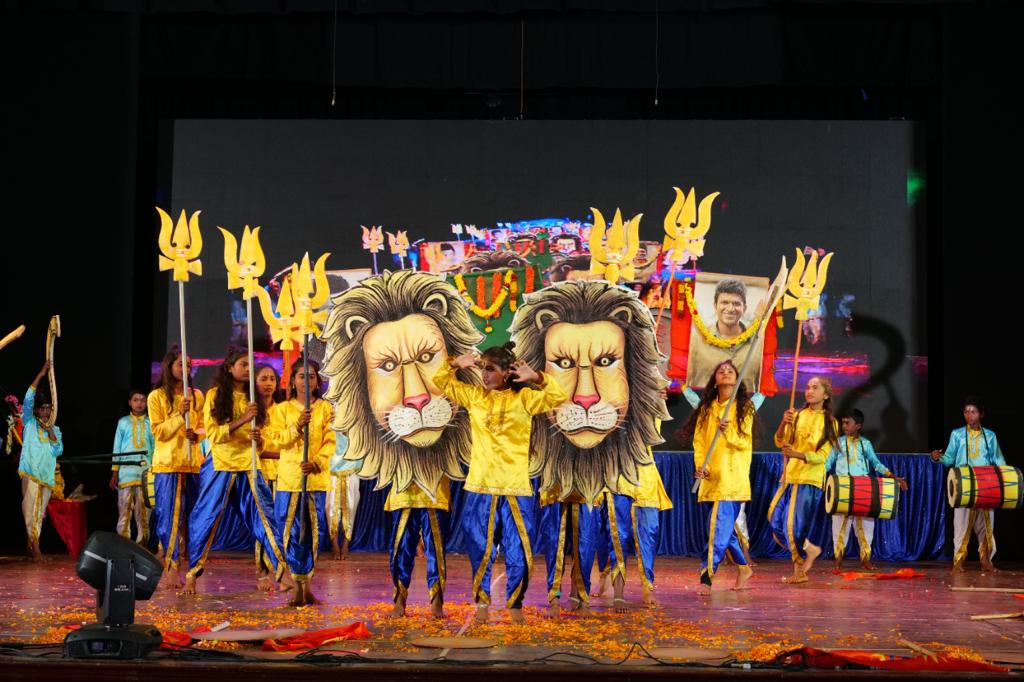 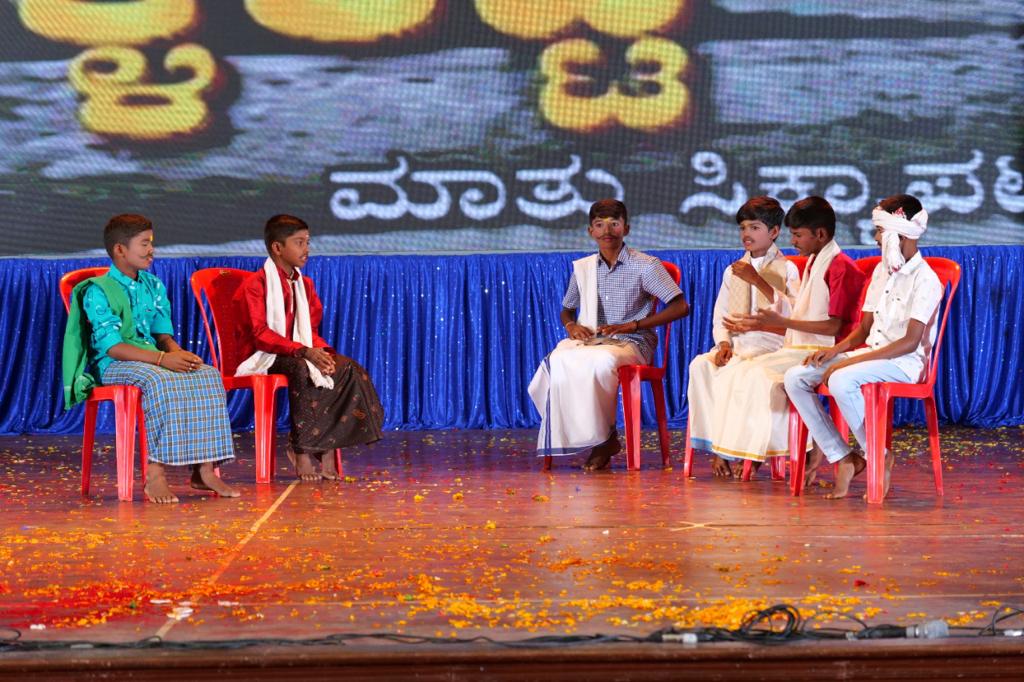 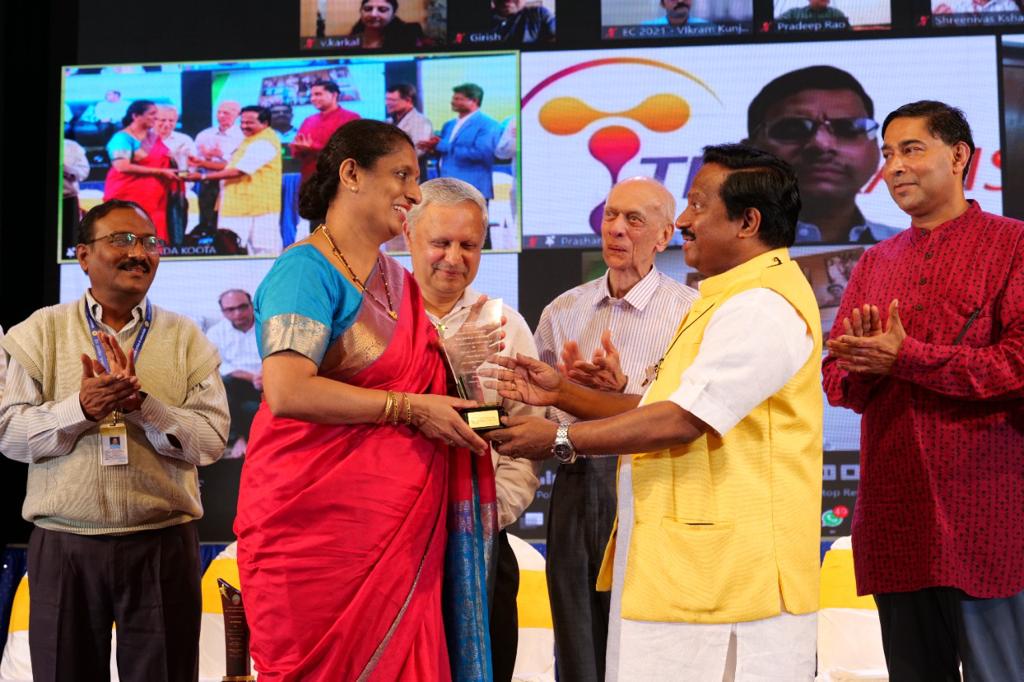 The program started with an invocation song by Mrs Madhavi Kulkarni. Mr Umesh Shetty, Joint secretary of KKKWA welcomed the gathering. This was followed by various cultural programs presented by each one of the schools. The first program was a patriotic song by the children of GCMHPS, Challakere, penned by the noted Kannada poet, H S Venkatesh Murthy. This was followed by Suggi dance, a celebration of the harvest by the children of GHPS, Chitraiahnahatty. The children from GHPS, Gowrasamudra presented a folk dance, “Channappa Channagouda”. The spectacular “Onake Obavva” dance drama presented by GHPS Hosahalli was received by the audience with a standing ovation. The children from GHPS Hunasekatte presented a dance celebrating the village fair followed by the Lambani dance by the children from GHPS Mallurahalli. The Children from GHPS, Hirehalli presented a dance drama celebrating the valor of Sangolli Rayanna and the Veera Rani Kittur Chennamma. This was followed by a skit by the Children of GHPS Hosahalli, “Smart School” highlighting the benefits of Smart classes extended to these schools by KKKWA and how this has resulted in increased attendance of the children in the school. The program hit the crescendo with the highly energetic Kolata dance presented by the Children from GHPS, Hanumantanhalli leaving the audience wanting for more. The cultural segment concluded with a group picture of all the participants and the staff from each one of the schools.

This paved the way for the felicitation segment of the event. A short video was played highlighting the objectives and the activities of both Kuwait Kannada Koota (KKK) as well as KKKWA. Akshara Mangalagi and Srushti Shiramangond presented the invocation dance. The chief guest, Shri T.S. Nagabharana along with other dignitaries – Shri Kishore Alva, President Adani Group, DDPI, Chitradurga – Shri SKB Prasad, the Tahsildar of Challakere, Shri Raghumurthy N, BEO Shri K S Suresh along with the Management Committee members of the KKKWA led by the President, Shri N D Vauski formally inaugurated the event with the lighting of the lamp. Shri Vasuki gave the welcome address. The digital release of the in house magazine “Marala Mallige” was conducted by Shri Gopinath, a former President of KKK. The KKKWA then felicitated the headmasters of all the schools, the BEO, the Tahsildar and the DDPI. The schools in turn felicitated the Management committee of KKWA and thanked them for their support. The KKKWA felicitations were extended to the Advisor of KKKWA, Mrs Shilpa Shetty, Mr Rajesh Manjunath leading a team of volunteers and the convenors of the various committees of KKK – Mrs Jayalaxmi Karkala – PR Committee, Mrs Sangeeta Mangalagi – Cultural, Mr Girish Shenoy – Sports, Mrs Suguna Mahesh – Marala Mallige, Mr Ramachandran Seetaraman – Finance, Media – Mr Amrut Raj, Chiguruballi – Mrs. Sandhya Arunkumar followed by the Executive committees of KKK for the years 2019,2020,2021. KKKWA then felicitated Mr. Kishore Alva, President Adani Group and the Chief Guest Mr. T S Nagabharana, President, Kannada Development Authority.

Speaking on the occasion, Mr. V Sunil Kumar, Minister for Energy, Kannada and Culture, Government of Karnataka who made a brief appearance lauded the efforts of KKKWA in adopting rural schools and providing them with the best in class infrastructure and mentioned that KKKWA was a role model and an inspiration for other associations. Mr. T S Nagabharana highlighted the importance of supporting Kannada medium schools in preserving the Kannada language and culture appreciated the efforts of KKKWA in adopting 9 Kannada medium schools year. Mr. Kishore Alva was highly appreciative of KKKWA activities, particularly with the way they have assisted Kannada medium schools. Mr. Shashidhar Shetty congratulated KKKWA for organizing such an event and providing a platform for the children from Kannada medium schools from rural areas and supporting them in bringing out their talents.

The KKKWA elected a new Management Committee with Mr Agaram Suresh as the President for the next 2 years. Dr Vivek Wani felicitated the outgoing members of the Management Committee of KKKWA. The program concluded with a vote of thanks by the Treasurer of KKKWA, Mr Sudhir Shenoy followed by sumptuous lunch for all the participants and the audience.

The KKK Welfare Association (KKKWA), is an association of the past members of the Kuwait Kannada Koota, a socio-cultural organization based out of Kuwait. With the assistance of the Public Education Department of the Karnataka Government, the KKKWA has adopted 9 government Kannada medium schools in the rural area around Challakere in Chitradurga district and has established smart classroom learning facilities to promote digital literacy in these schools. Around 2000 children are getting benefited from this initiative. In addition, the association has assisted these schools in improving the basic facilities like playground, water, toilets, furniture, building facilities, etc. This initiative has resulted in generating more interest among parents to send their children to school.