Kannada Sangha Al Ain celebrated their 15th anniversary in a grand manner on 20th April, 2018 at Al Ain Hilton Hotel Auditorium which was a full day event witnessed by large number of Kannadigas.

Convener K.B. Ramesh along with his Committee Members have put tremendous effort in making this event a grand success.

With the recitation of the Holy Quran by Farouq the programme got started, Kamini rendered the welcome note and all the guests on the dais lighted the traditional lamp inaugurating the programme.

Chief Guest & Other Guests were felicitated and honoured during the function.

Ex-President of Sharjah Karnataka Sangha, B.K. Ganesh Rai a Kannadiga from Coorg District residing in UAE for several years and who has served for Kannada Language, Art, Folk, Literature, Culture & Social Service including support for blood donations in this part of the world for more than two decades was bestowed with ‘Vishwa Manya Kannada Rathna’ Award in recognition for his good service towards Kannada as a whole. While U.P. Harish read out his recognition letter, President K.B. Ramesh felicitated him amidst Committee Members of Kannada Sangha Al Ain.

Kum. Amogh Shetty who excelled in their academic studies was honoured along with her parents.

Kannada Sangha Al Ain also honoured all the sponsors who have been supporting the association from quite long years.

‘Hammar An Naam’ a book written by Kum. Aditi Beleme Kumar who did intensive research on the life of Camel ‘a treasure of the desert’ was honoured during the event for her contribution.

All those 25 long standing Committee Members of Kannada Sangha Al Ain who have continuously served whole heartedly, were recognized and honoured during the event.

Sumptuous buffet lunch was served in the afternoon.

Later was a ‘School Mestru’ (School Teacher) comedy skit by the members of Sangha. Followed was Ramayana Dance Drama by girls group and Prahasana by Purshotham & Group which was thoroughly enjoyed by the audience. 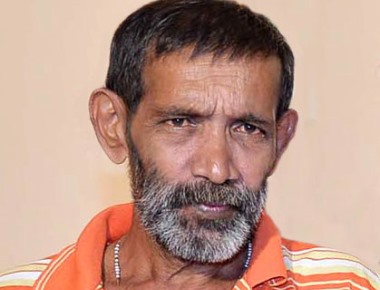