Mumbai, Dec.13: The role of museums in changing people's attitudes is great. Shashidhara B. Shetty (Guruvayanakere), president of Gujarat Tulu Sangam Baroda, said that the role of corridors is crucial in preventing the destruction of any culture and language and to respect a culture and survive globalization.

Gujarat Billawar Sangha (GBS) hosted a book Sirikanda launch event organized at in Shri Baidyashree Cultural Centre, Alkapura, Baroda here on Sunday. Dr.Tukarama Poojari’s achievement of the Rani Abbakka Tulu Adhyayana Kendra Bantwal a study center, the queen of privacy, is amazing. It is a meaningful and fascinating center to enjoy the culture of Tulunadu. Seeing it face-to-face with opportunities to volunteer will be a lost heritage experience. He said that the culture of Siri is now a revival of the 'Sirikanda' commemoration of the sandalwood.

Prof. Tukarama Poojary, It is our attempt to bring to life the disappearing culture. The study of our heritage is essential in the life of modern society. There is ample opportunity for the survival and improvement of cultures. For that purpose, we have set up a gallery of cultural heritage items, modeled on the Queen Abbakkars, to introduce heritage to the nation. Queen Abbakkar's Genealogy was roughly introduced to the culture of the ancestors, who, along with other cultures, were encouraged by governments to educate them about the ancestral way of life.

Dr. Ashalatha Suvarna Our Heritage Cultural Property Exhibition is a practice used by organizations to make the public aware of their importance, and purpose. Cultural centers such as antique museums are needed to deliver educational value and often tell a story. This convinced Dr.Tukarama Poojari said his dream was to create and preserve heritage studies through the Abbakka Gallery.

The museum is one of the most important parts of documenting everyday life within the culture and preserving antiques. In these times when cultures are disappearing, daily life needs to be carefully preserved. Queen Abbakka's study center hopes to reclaim the glory of our ancient culture, Tulunadu. Indian history is of great importance only when these observations are of interest to instill ancient knowledge. Dayananda Bontra's view is that such study centers are useful in preventing cultural loss.

According to the Vishwanath Poojary presidential words, the survival of our original culture can only be due to the service orientation of different people and culturally informed individuals. The unveiling of histories is possible only when galleries focus on culture, which Dr Tukarama Poojary couple showed up. He congratulated his service on the fact that this is a history. 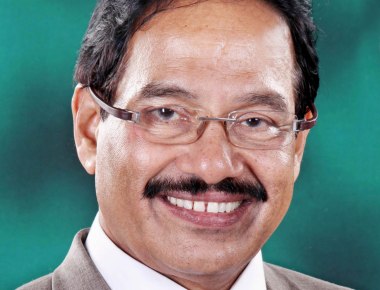 Indian Bunts Chamber of Commerce & Industries Announces the office bearers and board of directors.