Yakshagana Abhyasa Tharagati, Dubai an institution for all aged teaching skills of one of the oldest art form of coastal Karnataka ‘Yakshagana’ in Dubai has been doing wonderful job with over 70 children and elders attaining knowledge through the stalwarts Shekar D. Shettigar & Convener Dinesh Shetty Kottinja who are contributing their valuable time for over 3 years.

To showcase their skills after the training they have now ready to stage a full-fledged Yakshagana Prasanga titled ‘Lalithopakyana’ (based on the famous mythological Devi Mahatme) with Precious Parties & Entertainment presenting the show with the able direction of Yakshaguru/Yaksha Mayura Shekar D. Shetty on Saturday the 11th of June, 2022 at Sheikh Rashid Auditorium, The Indian High School, Oud Metha Road, Dubai. 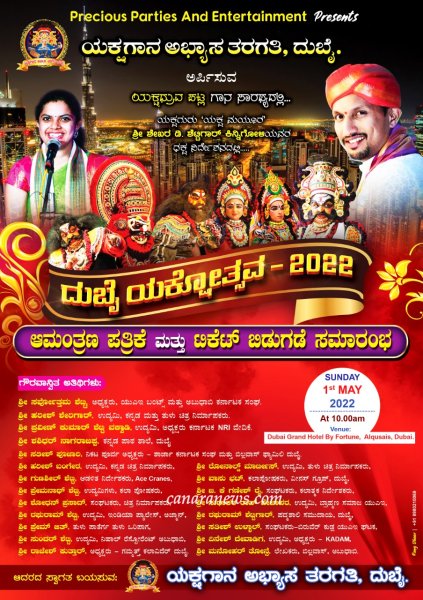 In this respect a ‘Invitation & Ticket Release’ function was held on 1st May, 2022 at Fortune Grand Hotel, Al Ghusais, Dubai at 10 am. It started with prayer from the students of the Yakshagana Abhyasa Tharagati and welcome note by Convener Dinesh Shetty Kottinja who welcomed the Guests with honour.

All the above Guests and few invitees from Dakshina Kannada along with the Convener & Ladies of Yakshagana Abhyasa Tharagthi opened up the program with the traditional ‘Lighting of the Lamp’. Dinesh Shetty Kottinja briefed on the activities of the Institution and thanked all those who have contributed to the Institution as well wishers which kept their activities on the move.

Puthige Vasudev Bhat showered the blessings and conveyed good wishes for the upcoming program. The Invitation was released and distributed to the guests and media. Ticket release was done and at the same time exclusively designed colourful ‘T-Shirt’ of Yakshodas was also released by the guests of honour.

All the Guests spoke well on the program and appealed all Kannadigas & Tuluvas residing in UAE to support the age old Art of Yakshagana in keeping it alive for the future generations to come. With the commitment of full cooperation both morally and financially all the Guests showed their willingness in supporting the organisers who are taking such a huge responsibility for a good cause.

Guru Shekar D. Shettigar then briefed on how the Yakshagana Abhyasa Tharagati got formed from few people to the current large institution wherein more than 70 students not only keep learning the form of Yashagana but also simultaneously are learning Kannada as well which is much necessary for a Yakshagana exponent. He also mentioned about the Chief Convenor Dinesh Shetty Kottinja’s contribution to this institution which has kept this institution alive in this part of the world. His support has taken this institution to greater heights and now the exponents will be showcasing their talents in the upcoming programme.

Shekar Shettigar also mentioned on the Guest participants of the upcoming ‘Lalithopakyana’ Yashsgana and the following well-known personalities will be arriving from India to grace the function:

It is important that ‘Yakshagana’ is a very old traditional form of art which needs to be preserved for many generations to come and this can be only done by our own people of Karnataka who should put their heart and soul in supporting the ‘Yakshagana Abhayasa Tharabeti’ institution who have taken up the responsibility in this part of the world.

President of Gammath Kalavader Dubai, Rajesh Kuthar compered the whole event while Senior Member /Artiste Girish Narayan conveyed the vote of thanks at the end. 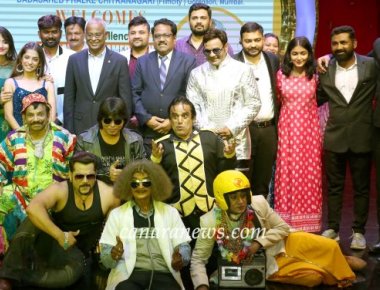 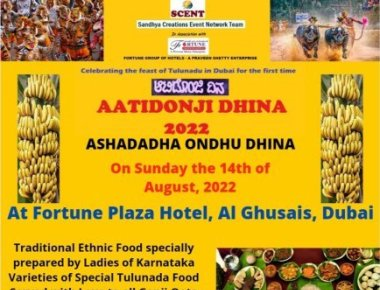