Mumbai (The Hindu): Five persons died and more than 100 were injured after an explosion resulted in a fire in a chemical factory in the Maharashtra Industrial Development Corporation area in Thane district, on Thursday. 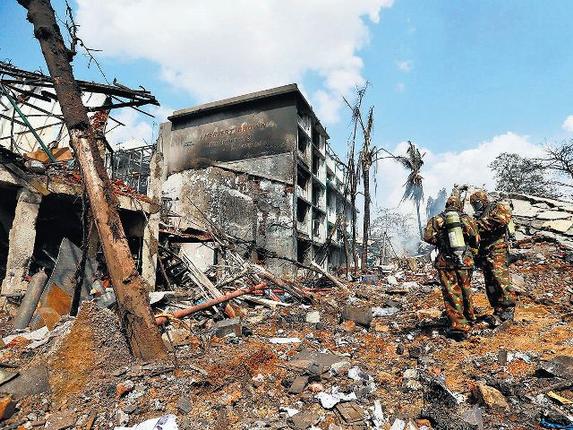 According to the police, the incident occurred around 11.45 a.m. in a plant owned by the Acharya Chemicals group in Dombivili (east), which manufactures industrial chemicals. The complex also has a laboratory, Herbert Brown Pharmaceutical and Research Laboratory.

The police and the fire brigade have initiated a probe into the cause of the explosion. “The initial assumption was that there was a blast in the boiler room. However, the explosion seems to have been the result of a chemical reaction gone wrong, but it is too early to say anything definite,” said Joint Commissioner of Police Ashutosh Dumbare, Thane police.

The Manpada police are in the process of registering Accidental Death Reports (ADRs). Officials said that four of the deceased have been identified as Dnyanesh Hazare, Mahesh Pandey, Raju Shingare and Neelam Dethe, while the fifth is yet to be identified.

The intensity of the blast was such that windows as far as one kilometre away were shattered.