Mumbai (The Hindu): Taking on its alliance partner Bharatiya Janata Party yet again, Shiv Sena chief Uddhav Thackeray said here on Sunday that the union between two will not last if the issue of Hindutva takes a backseat. Mr Thackeray questioned labelling Kanhaiya Kumar, president of the Jawaharlal Nehru University Students’ Union (JNUSU), as anti-national. 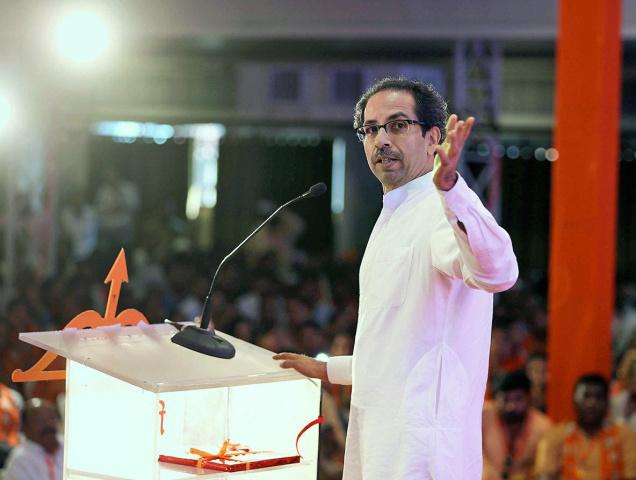 “It doesn’t matter whether the alliance survives or not. It (the alliance) was on the basis of Hindutva. But that issue seems to be taking a backseat. The alliance won’t last if that happens. The decision on whether to ally with the BJP or not will now be taken by my party activists,” said Mr Thackeray at a rally in Nasik.

Referring to his recent statements criticising the BJP-led governments, he said he reflected the thoughts of the people. He said the rally in Nasik was only the beginning of a series of rallies across the State, during which he will interact with party workers.

The two parties had locked horns last year before the Kalyan Dombivli Municipal Corporation elections, only to join hands later. With corporation elections for Nasik and Mumbai scheduled in a few months, observers say Mr Thackeray is playing out a similar strategy.

“We are cautioning our friend and nothing else. If you don’t work and people struggle for drinking water, then what’s the use of power? That’s the reason why we are on the ground to caution the friend,” he said.

Mr Thackeray also targeted the BJP on the anti-national tag against Mr Kumar. “What gave birth to Mr Kumar? You (BJP) must think over it. If you are going label them (youth) as anti-national then how do you expect them to work [for the nation]?”