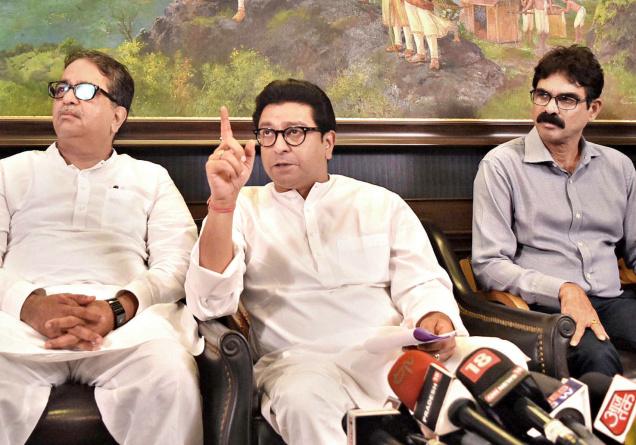 Mr. Thackeray said the move would help the State cater better to the local population.

“Jharkhand is implementing such a policy and we should also do the same. Now, many outsiders are receiving the benefits of government schemes,” said Mr. Thackeray at a press conference held at his Shivaji Park residence after the meeting with Mr. Fadnavis.

Mr. Thackeray denied that his demand was aimed at wooing Marathi votes in the civic polls scheduled to be held in February 2017.

Alluding to the recent arrest of alleged supporters of the Islamic State in Maharashtra, he said, “Owing to the lack of such a domicile policy, anyone is coming and staying in Maharashtra. Who are these suspects and how come the government has no information about them?”

In his meeting with Mr. Fadnavis, the MNS chief also raised the issue of granting autorickshaw and taxi permits only to Marathi-speaking drivers. Recently an order of the Nagpur Bench of the Bombay High Court said it was not mandatory to know Marathi to obtain the permits. Mr. Thackeray questioned court’s intervention. “We respect the courts, but the judiciary cannot intervene in all matters. The court should have asked the State government to take a call on this issue. If the State government is in favour of this order, then it’s bad.”