Mumbai (The Hindu): Students of Tata Institute of Social Science (TISS) on Sunday demanded suspension of an official of Govandi police station, who allegedly thrashed and detained two students from the institute for over five hours, claiming their involvement in a theft at a hostel near the institute. The police have denied the allegations. 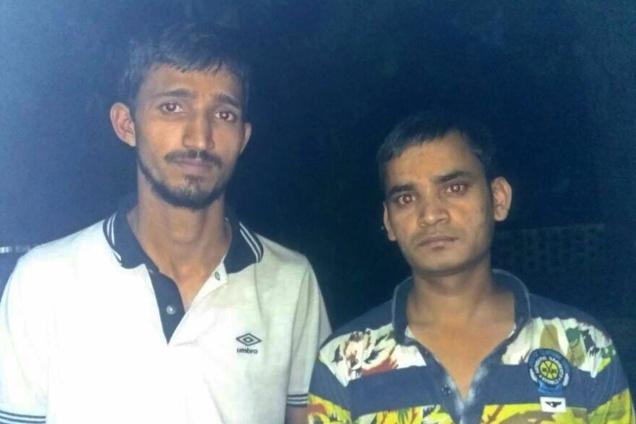 The incident occurred on August 10, when students of Surjog hostel in Govandi went to Govandi police station to report the theft of two laptops and a mobile phone from their hostel the previous day. The two boys, Mohammad Sadiqe and Sushil Kumar, who were allegedly thrashed by the police, told The Hindu that the students who had lost their laptops went to the police station first. Mr. Sadiqe (23), who had lost his mobile, went later to report the theft as he had an interview the same morning.

Mr. Sadiqe said when he entered the police station to report his mobile phone’s theft, he was allegedly rebuked by sub-inspector S.M. Surve for reporting the theft late. He alleged that he was also slapped several times when he tried to explain the reason for the delay. After recording Mr. Sadiqe’s statement, the police inspector allegedly took him to the lock-up and flogged him with a belt and kicked him for not mentioning Mr. Kumar — Mr. Sadiqe’s roommate — as a suspect. Mr. Kumar was being held by the police under suspicion for the theft as the two students who had lost their laptops had reported his presence in their room on the night of the theft.

“I was recuperating from dengue and I requested him to stop, but he kept beating me,” Mr. Sadiqe said, adding that the inspector accused him of planning the theft with Mr. Kumar, and of trying to save him by not mentioning his name in the statement. He also said the theft of his mobile phone was not included in the copy of the FIR given to him.

Mr. Kumar, who was also allegedly thrashed, said the police inspector forced him to accept that he was the culprit and kept demanding that he produce the stolen laptops and mobile phone. “He kicked me every time I tried to speak. He kicked me on my face, stomach, legs, and used his belt as well.” He said he developed infections due to the beating, and couldn’t do well in an exam the next morning.

Aftab Alam, TISS’s legal representative in the case, said the students were in the police station for over five hours, and had lost consciousness “due to the severe physical and mental torture faced by them. Their detention was illegal as there was no substantial evisdence to show that they stole the things. It has affected their morale and they wanted to quit studies. We will take the issue to the highest level to get justice.”

The incident came to light on Sunday when the TISS Students Union issued a statement demanding that the institute seek action against the police official.

The union claimed that the institute asked them to wait and not file an FIR, as the issue would be taken to the “joint commissioner or the higher authority, but it’s been over 10 days and no action has been taken yet,” said Abid Faheem, general secretary of TISS Students Union.

Senior police inspector at Govandi police station, Uttam Kolekar, dismissed the claims. “The students had come to the police station with complaints of theft in their hostel, and an investigation was carried out in the matter, but they were not beaten up or detained.” When contacted, DCP (Zone VI) Shahji Umap said he wasn’t aware of the incident.