Mumbai (The Hindu): A state high-power committee (HPC) has cleared the redevelopment proposal of the 100-year-old Bombay Development Directorate (BDD) chawls in South Central Mumbai. Chief Secretary Swadheen Kshatriya said on Monday that proposals for BDD structures at Naigaum, Parel were cleared by the HPC headed by him but the Worli proposal was still pending. 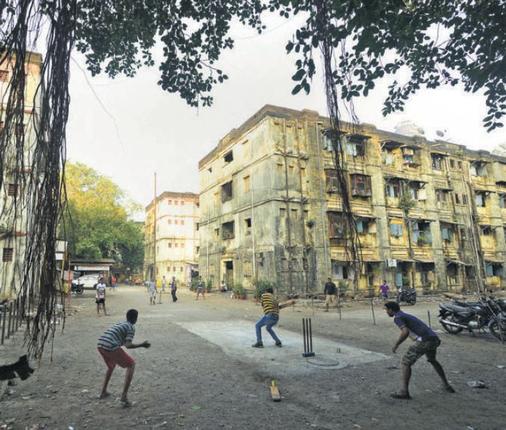 Mr. Kshatriya said the HPC has agreed upon a built-up area of 500 sq. ft. for the units at the three places, but the Worli BDD, the biggest of the three, was kept in abeyance because of technical issues. “The remaining components of the units (other than 500 sq. ft.) would be used as sale components for the MIG (middle income group), HIG (higher income group) and commercial purposes,” he said.

The proposal for redevelopment of BDD has already received clearances from the State Cabinet, and the Maharashtra Housing and Area Development Authority (MHADA) is the nodal agency for the project. This was done to pave the way for a completely new set of guidelines under the development control rules (DCR): 33(9)B. Profits from the redevelopment would be shared between the government and Maharashtra in a 70:30 ratio, an official said.

The HPC also approved the Cabinet’s recommendation on the issues of tenement size, floor space index and the viability funding for the project. In doing so, the state cabinet cancelled three circulars with regard to the redevelopment project issued by the previous government in 1999, appointing the Collector as the nodal officer.

Speared over 93 acres, the BDD project envisages giving tenants 500 sq. ft. homes in lieu of current 160 sq. ft. tenements. However, the tenement size has been the issue of contention for the successive governments who have used it as a poll plank by announcing bigger unit size; the initial plan was to cap the size to 550 sq. ft.

The Rs. 2,000-crore redevelopment plan was first mooted by the MHADA in 2010, but has been stuck at the proposal stage for various reasons, including lack of interest from developers and the loss of the project file in the fire that gutted Mantralaya in 2012. The total cost of the project has also been scaled up to Rs. 10,825 crore from its earlier estimate of around Rs. 2,000 crore over a decade ago. Of the 207 chawls built by the British in central Mumbai, 19 chawls are on Mumbai Port Trust (MbPT) land, while others are in Naigaum, Parel and Worli.