Mumbai (The Hindu): Shiv Sena chief Uddhav Thackeray on Thursday said a website will soon be developed for people to put forth their suggestions for a memorial for late party supremo Bal Thackeray.

“The process for the memorial of Balasaheb is going on smoothly. The committee established to oversee the project will be allotted the Mayor’s bungalow,” he said. 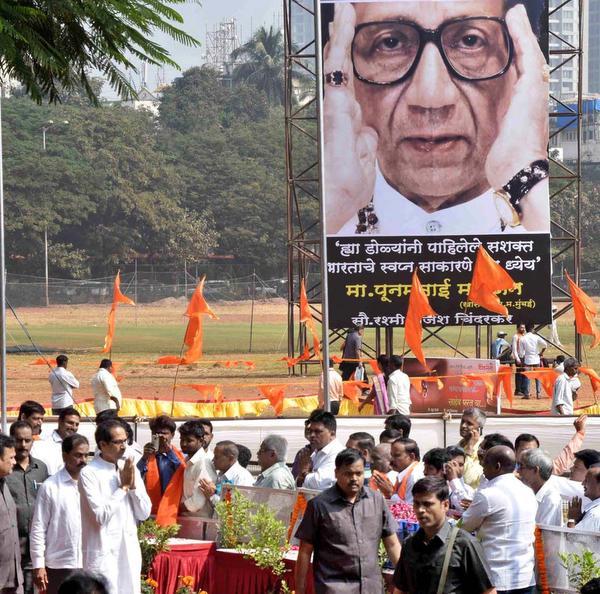 “Instead of the bhoomipujan happening in a hurry, it is better that it happens as per law. The suggestions of the committee too will be incorporated with the people’s suggestions,” he said.

Chief Minister Devendra Fadnavis had last year announced agreeing to the seaside bungalow at Dadar being home to the memorial, a choice pushed by the Sena.

A committee was then formed to suggest possible sites. Later, Mr. Fadnavis announced that a public trust headed by Mr. Thackeray will be formed to work out modalities.

The 11 members of the trust include the Sena chief, his son Aaditya, State Industries Minister Subhash Desai, and memorial architect Shashi Prabhu. The Chief Minister will be a trustee and other members will be from the government.

Hitting out at the Centre over demonetisation, the Sena said party founder Bal Thackeray, if alive, would have silenced those terming hardships suffered by the people as a mark of patriotism.

“People are in despair and have been made beggars. Nero (Roman emperor) played the fiddle when Rome was burning,” an editorial in Sena mouthpiece Saamana said. “In the absence of elections, putting ink on the hands of people and making them stand in queues is a national crime. People are hiding their marked fingers in their pockets and living with upset hearts.” The Sena said while the Army conducted a surgical strike on Pakistani soil after the Uri attack, the question remains if the neighbouring country has learnt its lessons. — PTI