Banjo goes dry to save water!

Mumbai: With several villages across Maharashtra like Latur, Jalgaon, Nanded and Aurangabad facing severe drought crisis, many from the Bollywood fraternity have voiced their concerns and come forward to help the families facing the situation. Over 90 lakh farmers have been affected by the shortage of water and have died due to severe dehydration. In lieu of this, the makers of Banjo, decided to do their bit and re-worked a Ganapati song sequence that would require several litres of water. Actor Riteish Deshmukh was a strong advocate of the opinion that there are other ways to engage the viewer and along with the crew decided to rework the said song sequence and avoid wasting water. 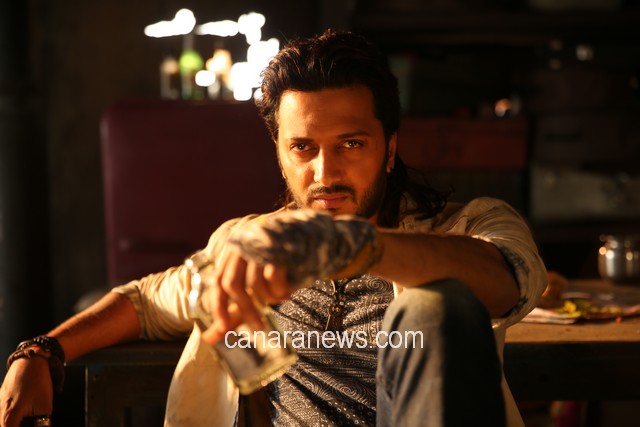 Riteish says, “I hail from Latur and am fully aware of the drought situation currently across many regions in and around my hometown. In such a scenario, it dint feel right for us to use excess water for filming a particular scene, it was a unanimous decision between the producer, director and me to rework the scene.”

“The sequence originally had Riteish dancing with his band in a rain sequence during the Ganpati song and this would have resulted in wasting a lot of water. Being responsible citizens, and understanding the seriousness of the water crisis in the State, we opted for dhol, gulal and dance instead, to create a festive revelry without compromising the look or feel.” informs the Banjo producer, Krishika Lulla.

Banjo, produced by Eros International and directed by Ravi Jadhav features Riteish Deshmukh and Nargis Fakhri as leads. The music has been composed by Vishal-Shekhar and lyrics have been penned down by Amitabh Bhattacharya.