Mumbai (The Hindu): Rane asks Fadnavis to set up a committee to probe corruption charges against Cabinet ministers 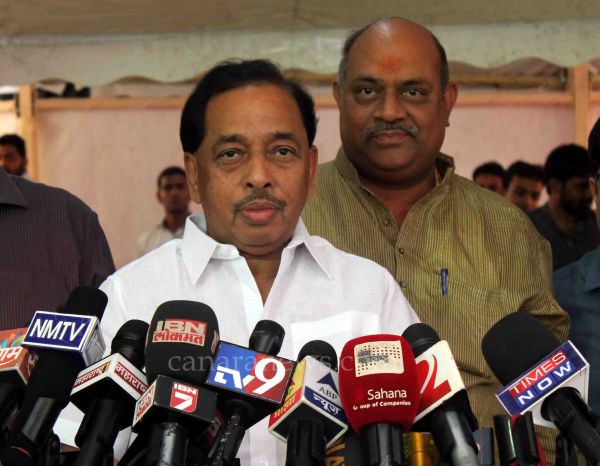 “When you say that no minister will be removed, what does that mean?” he asked Mr. Fadnavis, "It means one can do whatever, and no action will be taken. Why are you not setting up an inquiry committee?” He was referring to the Chief Minister’s comments on Wednesday, where he said that he will not sack any of its ministers if the opposition continues to make its baseless allegations. Mr. Rane said that in his tenure as Chief Minister, he never backtracked from conducting an inquiry into allegations against his ministers. “Those who were innocent came out clean. Those who were not were sacked.” He cautioned the government against failing to act against corrupt ministers, saying the Opposition would move the courts.

The Leader of Opposition in the council, the Nationalist Congress Party leader Dhananjay Munde, said, “Why don’t you act against us if we are making baseless allegations? If we are on the right side, then why has no inquiry has been conducted against ministers?” Mr. Munde read out the number of alleged scams in the BJP-led government, which include chikki scam, raincoat scam in tribal department, irregularities in the purchase of educational tools, tur dal scam and medical department scam.

Targeting Shiv Sena minister Ravindra Waikar, Mr. Munde said despite evidence of land-grabbing and the minister’s use of his post for private gains, the Chief Minister has not asked for his resignation. “It takes courage to seek the Sena minister’s resignation, it seems.”

The government will reply to the discussion on Friday.