NS Tarasa, a Water Jet Fast Attack Craft was commissioned into the Indian Navy by Vice Admiral Girish Luthra, Flag Officer Commanding-in-Chief, Western Naval Command at the Naval Dockyard, Mumbai today. At an impressive commissioning ceremony, Vice Admiral Luthra expressed confidence that the new INS Tarasa will discharge her duties with élan and resolve, and bring laurels to the Western Naval Command and the Nation. 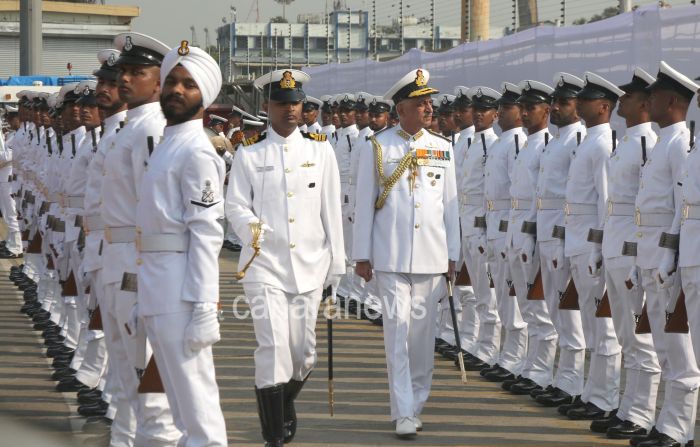 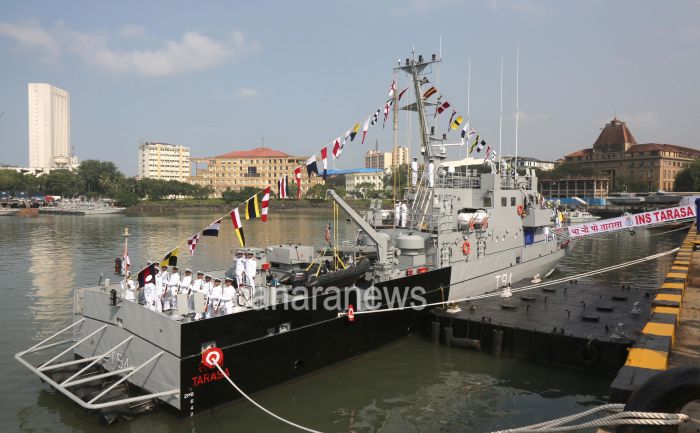 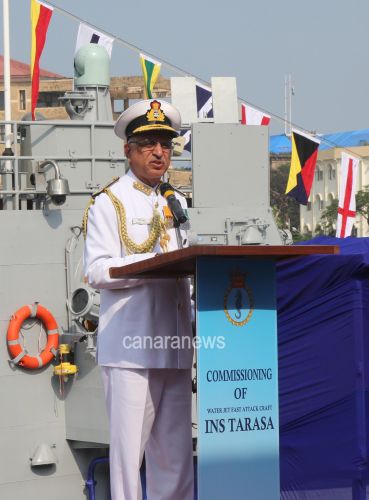 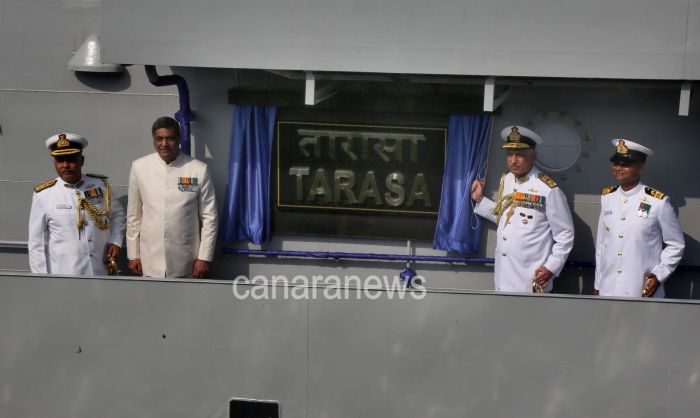 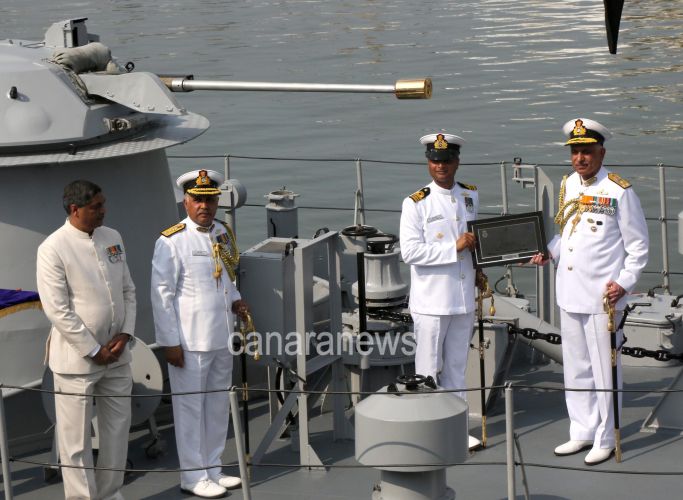 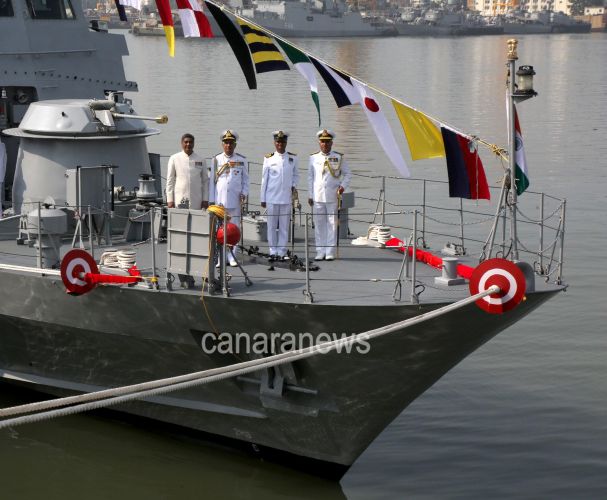 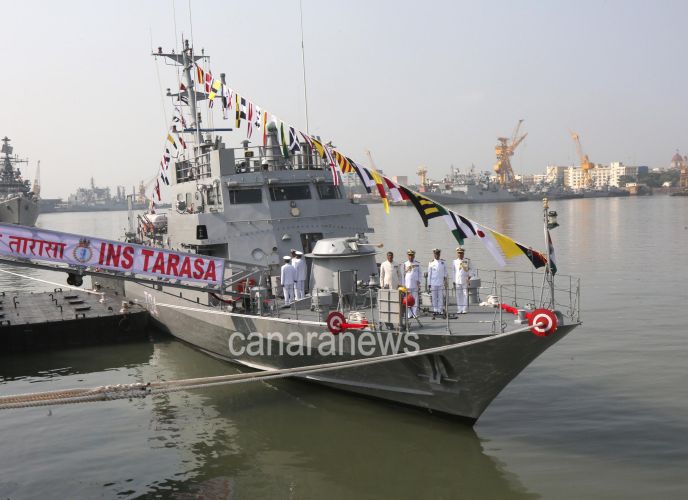 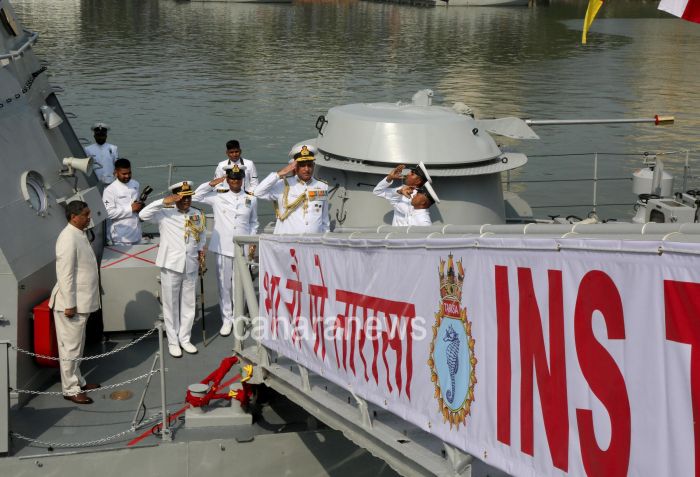 Complimenting the designers, builders, engineers, overseers, and the officers and the men whose efforts have fructified in the commissioning of the ship, he said that the ship is of proven design, has good endurance, low draught, high speed and manoeuvrability, thus making her most suited for her primary role of extended coastal and offshore surveillance and patrol. He reserved special praise for the ship’s crew and the Warship Overseeing Team, Kolkata for ensuring that the ship has been commissioned with all Weapon and Sensor trials completed. The passage of the ship during her maiden voyage from Kolkata to Mumbai, in rough weather, bears testimony to the seaworthiness of the ship.

INS Tarasa is the fourth and last of the follow-on Water Jet FAC's built by the Garden Reach Shipbuilders and Engineers (GRSE), Kolkata. The first two ships of the class i.e. IN ships Tarmugli and Tihayu were commissioned in 2016 and are based at Visakhapatnam; while the third ship INS Tillanchang was commissioned earlier this year at Karwar on 09 March 2017. These ships are an upgrade of the Car Nicobar class Fast Attack Crafts with the Indian Navy, which were also indigenously designed and built by GRSE, Kolkata.

INS Tarasa is 50 Meters long and powered by three waterjets which give it speeds of over 35 knots (65 kmph). The ship is armed with a 30 mm main gun indigenously built , and a number of light, medium and heavy machine guns to undertake costal defence operations. The ship is an ideal platform for missions like coastal and off-shore surveillance, EEZ Patrol, law enforcement as well as non-military missions such as Search and Rescue, Humanitarian Assistance and Disaster Relief. The commissioning Commanding Officer of the ship is Lieutenant Commander Praveen Kumar.

This is the second ship of the Indian Navy to be named INS Tarasa. The first INS Tarasa was in service of the Navy from 1999 to 2014. She was gifted to Seychelles Coast Guard as a symbol of India's partnership with friendly maritime nation in IOR. The new INS Tarasa will be based at Mumbai under the operational control of Western Naval Command.