Mumbai (The HIndu): The Bombay High Court on Thursday came down heavily on the Central Bureau of Investigation (CBI) and the Special Investigation Team (SIT) probing the murders of rationalists Govind Pansare and Narendra Dhabolkar.

The HC was displeased with the pace of their investigation and their sharing details with the media. 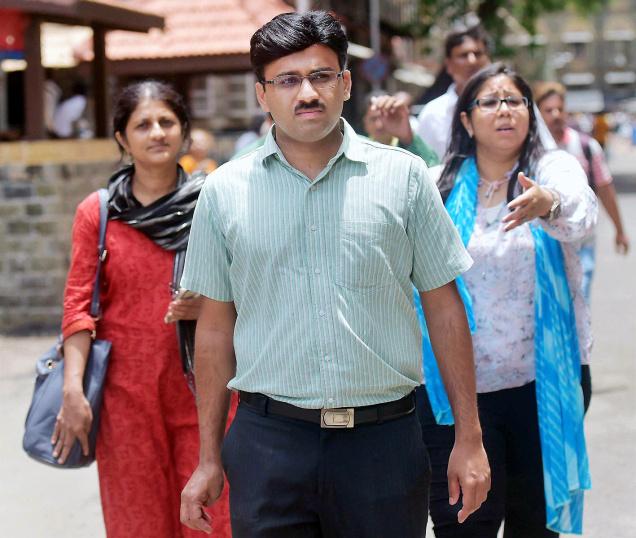 A division Bench of Justice S.C. Dharmadhikari and Justice Shalini Phansalkar Joshi asked chief public prosecutor Sandeep Shinde whether the probe into Mr. Pansare’s death has been transferred to the agency; Mr. Shinde said no decision has been taken and that he has no instructions so far. The court asked Mr. Shinde about the new development after advocate Abhay Nevgi, representing the Pansare family, informed the court that the family had urged the government to shift the investigation to the CBI and that the State has shown its willingness to do the same.

On the arrest being made of Sanatan Sanstha activist Virendra Tawde in connection with Mr. Dabholkar’s murder, the court said, “Now that the CBI has arrested someone in the Dabholkar murder case, Mr. Pansare’s family also wants the CBI to probe their case, and the State government is promptly saying okay.”

On the progress reports by the agencies, the court said, “We are not impressed by these reports. The agencies ought to be careful as murder cases need to be initiated and concluded bearing in mind that it is a crime against society. Two eminent individuals have lost their lives on account of their work and ideology. Hence at stake here is a larger interest of freedom of speech, expression and views.”

The Bench was also miffed with the CBI for disclosing facts of the case to the media. It said, “Your (CBI) progress report is nothing but news reports. All this is already there in the public domain. How do media come to know about the identity of witnesses in the case and where the agency is going to conduct searches?”

In its order, the court recorded that officials have to be sensitive and caution has to be exercised while handling murder cases. The court also said that the media convert information into news and the reputation and image of not only the investigation agencies, but also the nation is at stake. Investigations and trials have to be conducted with all fairness and impartiality, and officers should not take any mileage and the euphoria over Tawde’s arrest has to die down. The Bench said, “You will be ruining the entire probe if you conduct yourself in this fashion. Absconding accused in the case must be getting details pertaining to the probe from the media. These are very important lacunae when the trial is conducted. Tomorrow, who is going to protect the witnesses and family members who are speaking freely to media these days?”

Additional Solicitor General Anil Singh said the bullets and ballistic reports in both cases have been sent to Scotland to seek expert opinion on whether the same weapon was used to kill both victims. The matter was adjourned for six weeks.

Meanwhile, the bail plea of Sameer Gaikwad, member of Sanathan Sanstha, accused in the Pansare murder case, was adjourned till July 11.