Mumbai, (PTI) Notwithstanding Prime Minister Narendra Modi's emotional appeal to people to cooperate with him to weed out illegal money, Shiv Sena today described the demonetisation as "demonic and unsystematic" that has led to "financial anarchy" in the country. 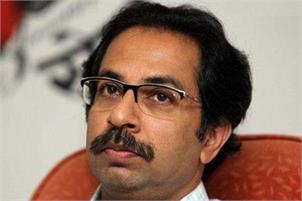 Lashing out further, the ruling ally said instead of striking Pakistan, Modi has wounded Indian citizens who do not have any black money and the few who actually possess illegal funds have safely parked it in foreign banks.

"125 crore Indians are standing in queues in scorching heat without food and water. Do you expect them to back you in future? Are you repaying people the blessings they gave you by forcing them to come on streets? This is blatant cheating with them," an editorial in Sena mouthpiece 'Saamana' said.

"The spectacle of weeding out black money is monstrous," it said.

The Sena alleged that the path adopted by Modi to halt black money flow is "demonic" and "unsystematic" that has resulted in "financial anarchy" in the nation.

"Instead of striking Pakistan, PM Modi has struck and wounded Indian citizens and mocked their nationalism by saluting them for bearing the anarchy," it said.

"Black money is not held by ordinary citizens who are standing in queues but a handful of people who have parked their money in foreign banks before the demonetisation announcement. What action has been taken against them?" it said.

Today, roads are empty, shops have no business, vegetable markets have no buyers, labourers have no work and petrol pumps are slowly getting shut for lack of change, the junior alliance partner said.

Modi, in an impassioned plea to the nation yesterday, asked for 50 days to weed out the ill-gotten wealth in India.

Blending emotion with aggression, the PM mounted a counteroffensive against the opposition over demonetisation of high-value currency notes, promising more anti-graft measures in future "even if I'm burned alive".