Mumbai (The Hindu): Asking whether the Dahi Handi festival has brought any medals in the Olympics, the Supreme Court on Wednesday refused to consider the attendant “acrobatics” performed by participants as “sport” while declining a plea to increase the height of human pyramids formed during the popular Maharashtra festival. 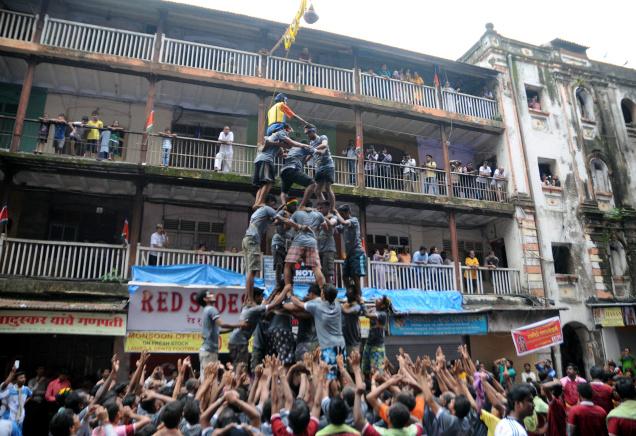 Justice Dave, who headed the Bench which heard the plea, said there were cases where ritualistic climbing of the pyramids and falls suffered by participants had even caused spinal injuries.

Guinness record
The court was hearing a petition by Jogeshwari-based ‘Jai Jawan Krida Mandal Govinda Pathak’, which contended that a human pyramid 43.79 foot tall had once found mention in the Guinness Book of World Records.

In a recent order, Justice Dave’s Bench had confirmed a 2014 Bombay High Court order that the height of human pyramids should be limited to 20 feet and participants should not be under 18 years of age.

The plea argued that pyramids could be taller as the participants were all above 18 years.

“No, we are not modifying it for the time being,” the Bench, also comprising Justices U.U. Lalit and L. Nageswara Rao, concluded.

The petition had termed the festival an “adventure” and a “popular and competitive” sport in Mumbai.