Mumbai (The Hindu): MNS says film and TV producers have obeyed the party diktat to keep them away. Forty-eight hours after issuing a threat to actors from Pakistan, asking them to leave the country, Maharashtra Navnirman Sena (MNS) said here on Sunday that film and television channel producers had followed the party’s diktat. 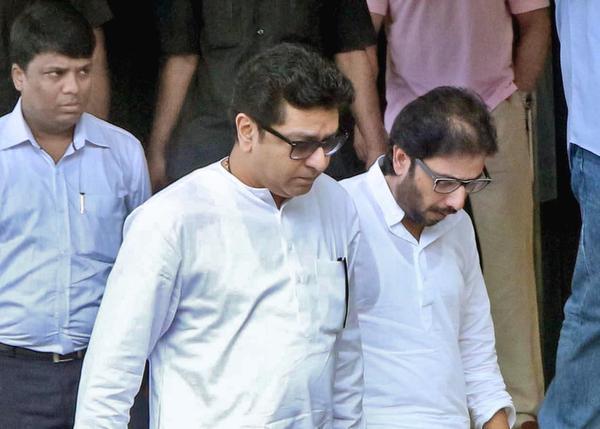 However, several Bollywood celebrities, including film-maker Karan Johar and actor Suresh Oberoi, spoke out against the ban, and said it would not solve the problem of terrorism.

The MNS said that after its activists had visited a radio station and a TV channel, programmes with Pakistani artistes had been cancelled. “We have received confirmation that they won’t be showcasing artists from Pakistan in their shows,” said Shalini Thackeray, executive president of the cine wing of the MNS.

Pakistani singer Atif Aslam was scheduled to be interviewed on the radio channel, while comedians from the neighbouring country were to participate in the comedy show on a television channel. Activists from the MNS had visited offices of both companies asking them to drop the artists.

Protest threat
Ms Thackeray claimed that her party has given clear warning to all production houses and managements of channels that any attempt to cast Pakistani actors in their shows would lead to MNS style agitation and her party should not be held responsible for the consequences. .

No solution: Johar
Responding to the ban, film maker Karan Johar, whose upcoming directorial venture Ae Dil Hai Mushkil stars Pakistani actor Fawad Khan, said his heart bleeds for the lives lost in the Uri terror attack and he understands the anger in the country but boycotting artistes from the neighbouring country is no solution to terrorism.

“If this was truly a solution, one would take it,” the director told a news channel.“But this is not a solution. I don’t believe it is. The larger forces have to come together and sort the situation and this cannot be banning talent or art.”

Veteran actor Oberoi said artists should not be treated like terrorists.“Pakistani artists are also artists not terrorists. What is their fault in all this?” he said.

Comedian Raju Srivastava cancelled his upcoming show in Karachi, saying he can’t be making jokes and be funny when Indian soldiers are killed.