Mangaluru (The HIndu): Former Congress MP Vijay Darda’s brother Kishor was arrested by the police on Monday in connection with the alleged molestation of minor girls at a school run by the family in Yavatmal district of Maharashtra. 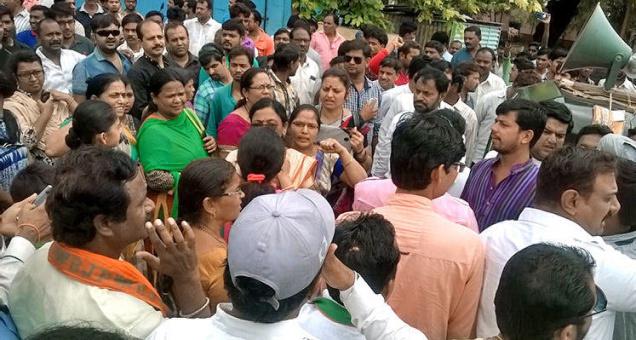 The parents of two girls, studying in the Yavatmal Public School (YPS), had complained of sexual abuse of their children by two teachers, Yash Borundia and Amol Kshirsagar, on June 29, after which the police arrested the teachers.

The incident triggered massive protests across the district, with parents of children studying in the YPS accusing the school management of a “cover up”.

“We have arrested Mr. Kishor Darda, who is the secretary of the YPS. He has been charged under Section 21 of the Protection of Children from Sexual Offences Act,” said Akhilesh Singh, Superintendent of Police, Yavatmal district.

The protesters had forced the police to arrest the school principal Jacob Das on July 2. The protests continued on Monday, and on Sunday police had to lathi-charge people marching towards Jawaharlal Darda Smriti Sthal.

Parents of some of the children were injured in the lathi-charge.

“It is incorrect to say that there was lathi-charge on the parents. There have been continuous protests since June 29. On the fourth day, the protesters were pelting stones when we had to use force. Some miscreants were trying to create a nuisance by taking advantage of the protests. But there is a possibility of some parents being injured,” Mr. Singh told The Hindu.

‘No cover-up’
Speaking to The Hindu before his arrest, Kishor Darda denied the allegations of a “cover-up” by the school management.

His brother Vijay, a former member of the Rajya Sabha, called the case a “political conspiracy”

“I definitely feel there is politics in this case. Not the politics of political parties, but it could be personal enmity, perhaps [the involvement of] some anti-social elements against whom we keep writing in the Lokmat (a newspaper run by the Darda family),” Mr. Darda told reporters.