Mumbai: A special women’s court on Thursday handed life imprisonment till death to the four men charged with the 2011 murder of two friends — Keenan Santos, 24, and Reuben Fernandes, 29 — who fought to protect their women companions from being harassed.

“This is a case of tragic death of two friends,” observed Special Judge Vrushali Joshi as she awarded Jitendra Rana, Satish Dulgaj, Sunil Bhot and Deepak Tival life imprisonment under Section 302 (punishment for murder), Section 324 (causing hurt by dangerous weapons), Section 354 (assault or criminal force to woman with intent to outrage her modesty), Section 434 (mischief by destroying or moving a landmark fixed by public authority), Section 509 (word, gesture or act intended to insult the modesty of a woman), and Section 506 (punishment for criminal intimidation) of the Indian Penal Code and relevant Sections of the Bombay Police Act for the double murder that stunned Mumbai. 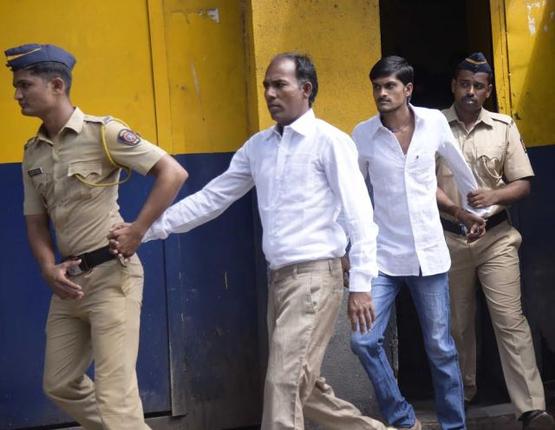 The court proceedings started with the judge convicting the accused, and the Special Public Prosecutor Ujjwal Nikam seeking life imprisonment till death for the four accused. “The accused have committed a heinous crime where they mercilessly killed two men, and for which they have shown no remorse. Though it is not the rarest of rare cases, the convicts should be awarded life imprisonment till death to send a strong message to society,” said Mr. Nikam, seeking compensation for the victims’ families.

On October 20, 2011, Keenan and Reuben got into an altercation with the men after they passed lewd comments on their women friends when they stepped out of a bar at Amboli in suburban Andheri. Following the altercation, the men left but returned soon with weapons, and attacked the two friends. Keenan was stabbed four times and was declared dead on arrival at the Kokilaben Ambani Hospital that night, whereas Reuben succumbed to his injuries on October 31, 2011.

The court also fined the accused Rs. 5000 each and recorded that it was proven from the evidence that Rana and Dulgaj had molested one of the women. “There was an altercation and the accused left the spot after issuing a threat. The assault by deadly weapon was not in continuation of the assault of molestation. They went away from the spot. There was common intention to commit murder. All of them arranged the weapons to assault and they came back. They left the spot and came with preparation of commit murder as it was not in continuance with the offence of molestation; it was not at the spur of anger,” the court observed in its order.

When the court informed Jitendra Rana, the main accused who stabbed Keenan, about the punishment, he denied the charges and said he was poor and that his wife and children were dependent on him. He said he had never teased the girl, let alone touch her.