Mumbai, (IANS) A minor girl and five labourers were killed in a gas cylinder blast followed by a raging fire late on Wednesday night in an under-construction building here, a civic official said on Thursday. 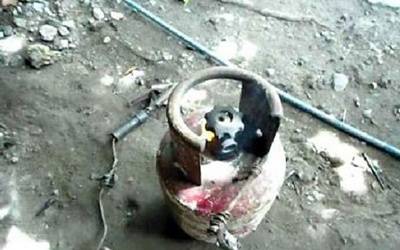 The incident occurred around 10 p.m. in the 13-storeyed Prarthana Building on Gulmohur Road in the posh Juhu area. The blaze trapped many workers living there, an official of the BMC Disaster Control said.

Though the fire was confined to a small area, its intensity affected some two dozen labourers working there. The blaze was later brought under control by the fire-fighters.

All 24 persons were rescued from the spot, of whom six were declared dead at the BMC's Cooper Hospital.

The condition of four continued to be critical. Of the remaining, eight were being treated, while six have been discharged.

The victims who perished in the blaze have been identified as a minor female child, Shagun, 4, Anil Gautam, 25, Sunil Gautam, 30, Vikram, 20, Diler Khan and Rauni Sheikh, 22, according to the Juhu Police.