HC denies relief to residents of hutments near tracks

Mumbai (The Hindu): Ruling out reconstruction or rehabilitation, court says slumdwellers have no claim to railway land

In a blow for residents of hutments located along rail tracks demolished by the Railways, the Bombay High Court on Wednesday refused to allow them to reconstruct or avail of rehabilitation. 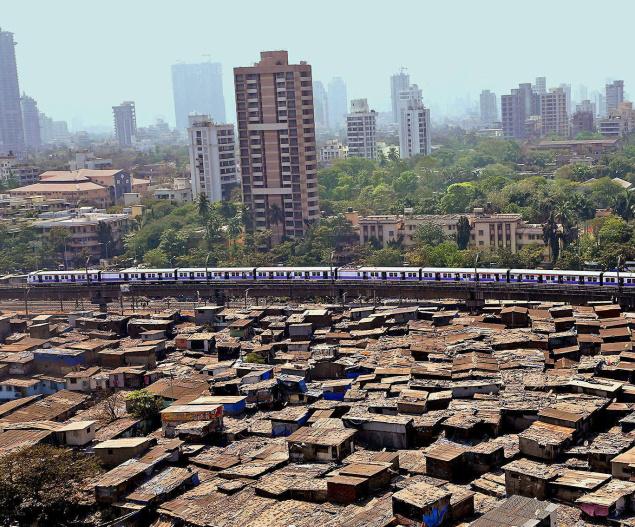 A division bench of Justices SC Dharmadhikari and GS Patel was hearing a petition filed by the hutment residents that sought the Railways be directed to reconstruct the demolished hutments. The petition claimed the demolition drive on March 25, 2015 was arbitrary and illegal.

The court did not question the demolition but wished to ascertain from the Railways or the Mumbai Metropolitan Regional Development Authority (MMRDA) if they are in a position to treat the hutment residents as Project Affected Persons (PAP), or make them eligible for alternative accommodation in tune with existing rehabilitation policies.

Advocates appearing for Railways and MMRDA stated that there is no policy, either framed or implemented, that provides alternative residential accommodation to those whose structures were found to exist on Railway land and were demolished.

The petitioners told the court that there are about 120 hutments since 1985 in a ‘notified slum’, and claimed it had been decided in a meeting with concerned authorities that residents of demolished hutments should be treated as PAP and resettled.

It says around 8,000 families reside along the Central Line from Chhatrapati Shivaji Terminus to Thane, 3,000 families on the Western line between Churchgate and Dahisar, and 13,000 along the Harbour Line.

It further states, “If such families reside there for decades together and though their huts are merely 300 metres away from the railway tracks and passing trains, this is not out of some mala fide or ulterior motive that they chose to stay there; they are compelled to reside in such precarious conditions. In doing so, they compromise their own safety. This means that the situation of the Petitioners is a human problem and, therefore, this Court should rely on or invoke the Policy of Rehabilitation.”

Noting that none of the contentions presented by the petitioner can be accepted, the court said the entire petition is founded on an undisputed factual position that the hutments are on railway land. “There is no right, much less a vested or legal one, for anybody to enter upon, remain, squat or encroach on any public land, including railway land,” the court said, and remarked that none of the petitioners have ever been permitted to occupy such land by the Railways.

“It would, in our view, be a travesty of justice if a Writ Court, on being approached, issued prerogative writ and commands to take care of all encroachments by all types of persons,” the court said.

The bench also rapped the petitioners’ advocate over the petition's drafting, saying, “We do not understand how experienced practitioners in this court persist in such unacceptably inaccurate and insufficient drafting.”