Mumbai (The Hindu): After years, the Bombay High Court worked on a Sunday to provide respite to thousands of non-domicile students seeking admission to post-graduate medical and dental courses in State colleges by staying the Government Resolution (GR) that disallowed them from doing so. The GR said only students with domicile status would be granted admissions to these courses. 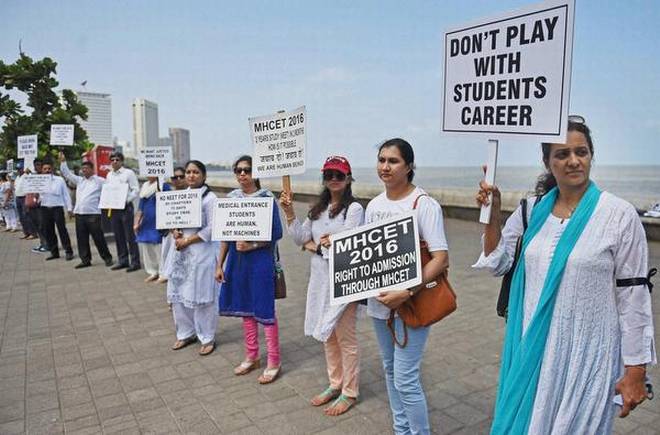 A holiday court comprising Justices Shantanu Kemkar and A.M. Badar was hearing the plea filed by Dr. Gagandeep Mahi and two others, who are undergoing an MBBS course in government medical colleges (GMC) under the 15% All India Quota. A fourth student was undergoing an MBBS course at a GMC under the Defence quota, and the fifth at D.Y. Patil deemed university, Kolhapur under All India Quota.

On January 27, the State government had published rules for admission to post-graduate courses which made it clear that students who have passed MBBS from State colleges would be eligible for admission. Accordingly, the students applied for the courses online. The first selection list was to be out on April 13 but was postponed to April 30.

However, on April 27, the State government came out with a GR that said the State Common Entrance Test Cell has changed the eligibility criteria, and only students with domicile status in Maharashtra could apply.

Aggrieved by the GR, the students moved court. Advocate Pooja Thorat, appearing for the students, said, “The GR is illegal and arbitrary and this additional requirement of domicile status is contrary to earlier rules of admission. They also say that since they are eligible to a seat in GMCs, they have paid ?10 lakh with interest of ?3 lakh as compensation for rendering rural service in the State. Now, after paying so, they have been declared ineligible for admission.”

Providing interim relief to the four students and others like them, the court stayed the GR saying, “This change of eligibility criteria at the stage when the first selection list was to be published is in our view arbitrary and unreasonable.”

With the academic session set to begin on May 2, the State government said it was preparing to appeal against the HC stay in the Supreme Court. The order is significant as it comes as relief to hundreds of medical graduates who were overnight rendered ineligible for PG admissions.