Mumbai (The Hindu): The Bombay High Court on Friday granted a stay on cutting of trees for the third phase of the Metro. The court said it cannot be overlooked that a project as important as the Metro Line III project cannot be undertaken without some damage to the environment. 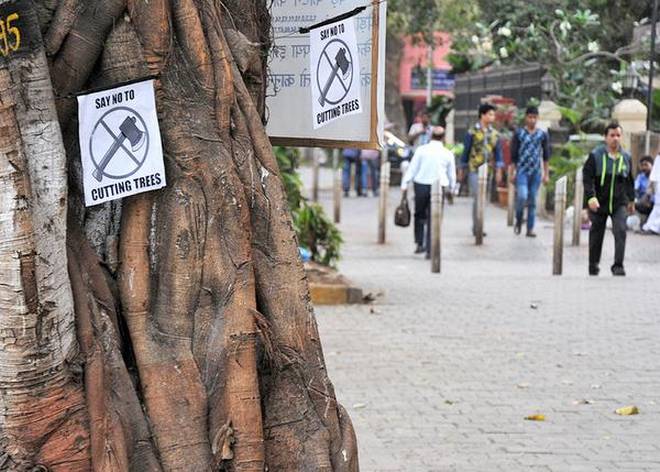 A Division Bench of Chief Justice Manjula Chellur and Justice G.S. Kulkarni was hearing two petitions filed by residents of the city, challenging the project on two grounds: the Mumbai Metro Rail Corporation Ltd (MMRCL) undertaking illegal felling of trees and appropriate clearances not being obtained by MMRCL from authorities under the Coastal Zone Regulations.

After vacating its stay on felling of trees by the MMRCL, the Bench appointed the Maharashtra Legal Services secretary and the High Court’s deputy registrar to oversee that the undertaking given by Mumbai Metro is complied. “The secretary of Maharashtra Legal Services and the deputy registrar of the court are appointed to see if the MMRCL complies with its undertaking. A compliance report shall be filed every month before a committee of the two sitting judges of the High Court that will be appointed by us,” the court said.

The Bench, however, stayed its order lifting the ban on felling of tress by the Mumbai Metro for 10 days so that the petitioners may approach the Supreme Court in appeal. The Bench said, “An optimistic and pragmatic approach is necessary to mitigate this temporary phase which would ultimately result in larger public benefit. Thus, prima facie, the apprehensions of the petitioners on this count are not well-founded.”

The 20-page order reads, “The approach which is required to be adopted would be to bring about a balance on both the environment on one hand and development of the Metro Rail on the other hand. It cannot be overlooked that once functional, Metro III would also help for a better environment. It would also improve the socio-economic condition of the citizens.”