Mumbai (The Hindu): Cops probe influence of godman on accused. he Thane police, investigating the mass murder carried out by Kasarwadawali resident Hasnain Warekar, who then committed suicide, are investigating whether he was influenced by a self-styled godman into believing that he had been affected by an evil spirit and suggested a macabre ritual to ‘cleanse the bloodline’. 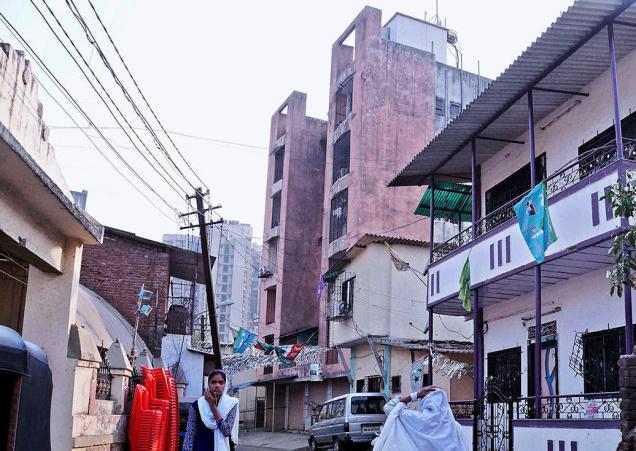 The theory is based not only on the gruesome nature of the crime but also on certain beliefs that are prevalent in the village, said officials.

In the early hours of Sunday, Hasnain killed 14 members of his family, including his parents, wife, daughter, sisters and their children, and then hanged himself. Only one of his sisters, Subiya, survived the murderous assault, and is currently being treated for the slit on her throat and severe trauma.

The Thane police are currently investigating several possibilities with respect to the motive, and one of them is that Hasnain was asked to conduct a cleansing ritual to rid him and his family of an evil spirit. “The residents of Kasarwadawali village are originally from Konkan, and a lot of their beliefs overlap with those of other communities. In some communities, it is believed that spirits reside on certain trees and anyone passing under them is likely to be possessed. During our inquiries in the village over the last couple of days, it has become apparent that the Kasarwadawali locals, too, believe in this,” said an officer who is part of the investigating team.

When The Hindu visited the village and interacted with the residents, some of them spoke about the concept of jinns or spirits. One of the villagers, who did not wish to be named, said, “ Pata nahi itna shaant ladka aisa kyon karega. Jinn ne pakad liya hoga usko (No idea why such a calm person would do something like this. It’s as if a spirit caught hold of him).” Other villagers said that according to local legend, jinns are either pak (pure) or napak (evil).

“There are certain people who practice aghori practices, which include necrophilia, cannibalism, black magic and occult. One of the avenues of our investigation is to find out whether Hasnain came into contact with some such person or group. We are retracing his footsteps to find out which places he visited and who he was in regular contact with. The idea is to find out if the influence of any such occult practitioner, combined with the age old belief shared by Wadavali natives, led to the crime. Our inquiries are underway in this regard,” said another officer.

Meanwhile, the police are also talking to experts to find out if any psychiatric condition can stay dormant for years and then suddenly manifest itself in such an intense manner.

Thane police officials will be holding meetings with experts to discuss the crime and the possible reasons behind it, said sources.

“The problem with confirming whether or not Hasnain was suffering from a psychological condition is that the only ones who could confirm or deny this for sure – his parents and wife – are all dead. Any picture we try to build about his mental health would be based on secondary sources and educated guesses by experts,” the officer said.