It will be Aarey Colony for Metro car shed after all

Mumbai (The Hindu): As per the new proposal, ‘only’ 350 trees will have to be cut for construction, says Chief Minister

Hinting that the State government would finalise Aarey Colony for the proposed Metro car shed, Chief Minister Devendra Fadnavis on Friday said that as per the new proposal received, only 350 trees would have to be cut for the construction. 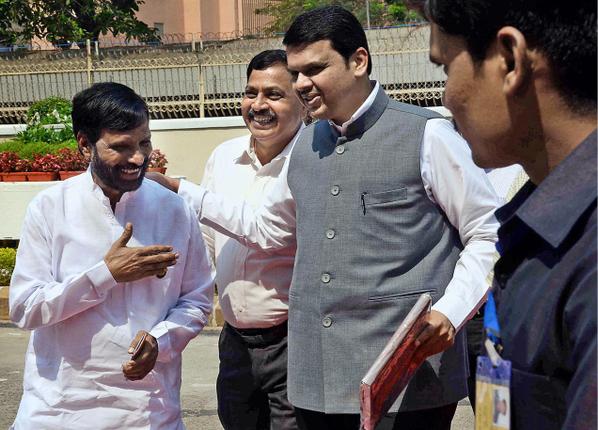 “Following the uproar over cutting of trees under the earlier proposal, we had asked the authorities to come up with new plans. According to it, only 350 trees, none of which are from rare species, will be cut down. To compensate, 3,500 trees will be planted and taken care of,” said Mr Fadnavis at a press conference held on Friday.

Mr Fadnavis added that shifting the car shed from this location in Aarey Colony to somewhere else would cost up to Rs 1,500 crore.

“Now, since the proposal is with us, we have to decide whether we should spend Rs 1,500 crore on realignment or cut only 350 trees by ensuring 3,500 new tree plantations,” he said.

The government had formed a committee to take a relook at the proposal of constructing Metro carshed at Aarey colony following the uproar over possible damage to natural wealth as it included cutting of over 2,000 trees, many of which were rare species.

Ensuring absolute support to auto drivers in Mumbai, who are currently threatened by the Maharashtra Navnirman Sena (MNS), Mr Fadnavis, who also holds the Home portfolio, said that any person who has been a resident of Maharashtra for 15 years and knows Marathi, is eligible to apply for an auto permit. “Whoever gets the permit after the due procedure, we will ensure protection to them,” he said.

Taking a dig at MNS chief Raj Thackeray without naming him, the Chief Minister said that every person in the political sphere attempts to search for his space. “Such statements are given in such cases. Media gives too much publicity to some, more than what they deserve,” he taunted.

Warning that the condition of drought and money diverted to fight it would be reflected in the budget that is to be presented on March 18, Mr Fadnavis said that the government was spending over Rs 8,000 crore on important yet unproductive issues.

“Providing aid to drought-affected regions is very important, but it won’t be productive. As a result, the budget will be stretched under it. But I am confident that my government will manage it well,” he said.

When asked about alleged LeT operative Ishrat Jahan and ambulances run in her name in some areas of Thane, Mr Fadnavis said that legal action could be taken against those who were running such ambulances. “Even before David Headley’s confession, there were papers with the investigating agencies indicating her role in LeT,” said Mr Fadnavis.

Attacking NCP leaders Vasant Davkhare and Jitendra Awhad, who had extended support to Ishrat’s family in the past, Mr Fadnavis said that this episode showed that it was wrong to appease those related to terrorists,” he said.

Shifting the car shed from the present location to another place will cost up to Rs 1,500 cr