Mumbai (The Hindu): The 15-year-old girl, who was shot at, is still critical. The Mumbai police on Friday arrested a 19-year-old boy for allegedly shooting at his 15-year-old cousin after she rejected his marriage proposal. The police said that the accused had procured a country-made revolver from his native place especially for this purpose after she rejected him. 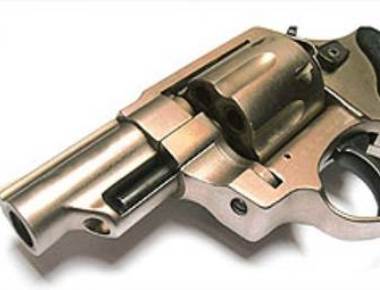 According to the Kalwa police, the accused, identified as Kamalkant Saini, hails from Rajasthan and met the victim at a family wedding around a month ago. They exchanged numbers and stayed in touch after he went back to Rajasthan, and soon, Saini started mistaking her friendliness as an indication of interest. Around two weeks ago, Saini came to Thane and was staying with the victim’s family, and during this time, he allegedly told her that he liked her a lot and wanted to marry her. The victim rejected his proposal and asked him to never broach the subject again, which angered Saini, the police said.

“Saini returned to Rajasthan and procured a country-made revolver, after which he came back to Kalwa again this week. This time, too, he was staying at the victim’s house. He was scheduled to catch a train back to Rajasthan at 10 am on Friday. At around 8 am, when the victim’s parents left for work, he went to the living room where the victim was watching television with her 17-year-old sister, and once again proposed to her. When she again rejected him, he shot at her with the revolver, hitting her in the neck. He tried shooting her again, but the gun got jammed,” said an officer with the Kalwa police station.

Meanwhile, the victim’s sister ran out of the house screaming for help, and her neighbours rushed to the house. They overpowered Saini and locked him in the bedroom of the house, after which they called the police. A team of policemen reached the spot and took Saini into custody, while the victim was rushed to a local hospital in Kalwa and later shifted to the KEM Hospital in Mumbai. Officials said she was in critical condition and undergoing treatment.

“Saini has been placed under arrest and has been charged with attempt to murder under the Indian Penal Code, along with possession of an illegal firearm under the Arms Act. He was produced in court on Friday afternoon and has been remanded in custody for three days,” the officer added.