Mumbai (The Hindu): Two days after former Congress MP and All India Congress Committee general secretary Gurudas Kamat resigned from the party, his supporters staged a demonstration outside the party office on Wednesday. 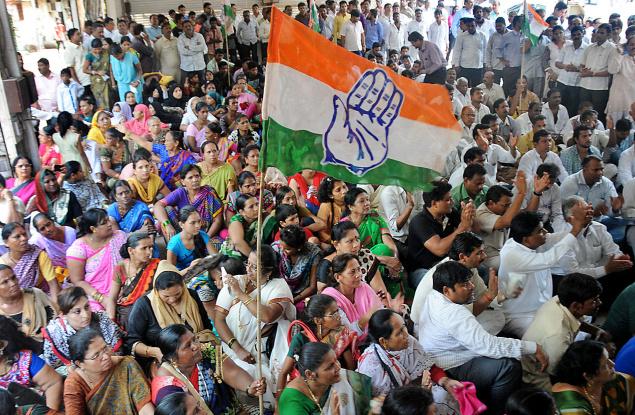 According to sources, around 25 party corporators, who are supporters of Mr. Kamat, are ready to submit resignations. The Congress leadership, however, rubbished the news.

Mr. Kamat’s loyalists, who have been targeting Sanjay Nirupam, Mumbai Congress chief, have raised concerns over old hands being left out of the decision-making processes.

On Wednesday, Mr. Kamat issued a release asking his supporters to show restrain. He appealed to Congress workers not to hold any morcha relating to his resignation and urged ‘loyal’ Congress corporators not to submit resignations in protest.

When asked about the controversy, Maharashtra Pradesh Congress Committee chief Ashok Chavan said he does not want Mr. Kamat to quit the party. “I have not been able to contact him since Monday. But I am sure that a senior leader like him will not quit the party.”