Mumbai (The Hindu): Mr. Khadse strongly denied all allegations and expressed confidence that a probe will clear him of any wrong-doing.

Facing heat over a string of corruption charges, including a questionable land deal, the Maharashtra Revenue Minister Eknath Khadse resigned on Saturday, making him the first BJP casualty since the Narendra Modi government came to power promising clean governance. 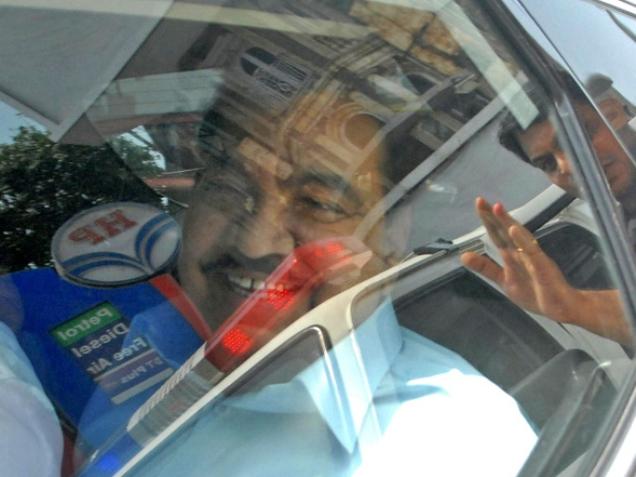 Mr. Khadse, 63, a six-time MLA from Muktainagar constituency in Jalgaon in north Maharashtra, strongly denied all allegations and expressed confidence that a probe will clear him of any wrong-doing.

Emerging from the meeting, Mr. Khadse said he was a victim of a media trial: “I have never faced a media trial in 40 years of my political career. I asked those making the allegations to provide evidence, and they have not been able to give. I ask them today to provide evidence when the probe is conducted, and if these are claims are found to be untrue, I have urged the Chief Minister to take action against them.”

Mr. Khadse was in the news again after Gajanan Patil, a personal assistant of the Minister, was arrested for allegedly demanding a bribe of Rs 30 crore for giving an NOC for 37 hectares of revenue land required by an educational institution in Thane district.

The AAP also alleged that calls were made by a phone registered in the name of underworld don Dawood Ibrahim’s wife to Mr. Khadse’s mobile numbe. This was unearthed by a Jalgaon-based hacker Manish Bhangale.

Last month, a Pune-based builder, Hemant Gavande, lodged a complaint alleging that Mr. Khadse had helped his own family corner a three-acre plot belonging to the Maharashtra Industrial Development Corporation (MIDC) worth Rs 65 crore at the throwaway price of Rs 3.75 crore.