Mumbai, (The Hindu): A leopard entered a residential building in Andheri (East) early on Sunday morning before taking refuge in a nursery school inside the premises. The school was shut as it was a Sunday, but its door was reportedly open, allowing the leopard to enter.

The leopard was first sighted at 6:30 a.m on the roof of Building 6 of Sher-e-Punjab Colony. 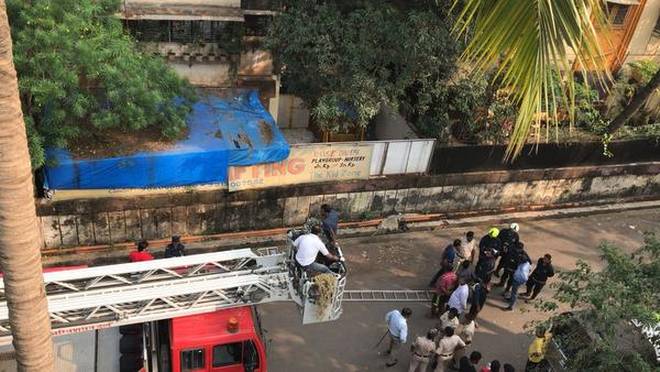 Rescue operations were underway and the Fire Brigade sent an engine as a precautionary measure. Officials from the Sanjay Gandhi National Park are conducting the rescue operations.

The leopard is currently taking refuge in the ground floor of the building, which has a nursery school called Rose Bird Playgroup.